Boston City Hall, a building many Bostonians love to hate, is one of the most significant examples of Brutalist (Heroic) architecture in the world. A bold statement of government strength and accessibility, City Hall and its surrounding plaza were designed to be the “people’s place” where citizens could gather for celebratory events, protests, speeches, and ceremonies as well as the daily business of central government.

An international competition was held in 1962 to design Boston City Hall. Eight finalists were selected out of 256 entries. The winning design, selected by a panel of architects and City officials, was the work of Gerhard Kallmann, a Columbia University professor, and Michael McKinnell, a Columbia University graduate student, both of whom were immigrants. The pair had just co-founded an architecture firm called Kallmann, McKinnell, and Knowles (now Kallmann, McKinnell, and Wood) that went on to become an award-winning firm that designed buildings across the US and internationally. Boston City Hall was constructed between 1963 and 1968.

The Alliance has long advocated for celebrating Boston City Hall as an excellent example of Brutalist architecture and a symbol of cultural attitudes toward local government in the middle of the 20th century. We recognize that significant portions of Scolley Square were demolished to clear space for City Hall and the plaza which was indicative of a devastating effort of city redevelopment known us Urban Renewal. After decades of neglect and deferred maintenance, the building and plaza had devolved into poor reflections of their original intent. In fact neither were fully completed according to their original designs and the contexts and conditions around the site have changed over time. For these reasons, the Alliance has supported thoughtful upgrades to both the building and the plaza that retain and restore crucial elements of the original design intent but that adapt the spaces to modern uses and the needs of today’s government center. Not only do we feel that the building itself is both artful and historically significant and therefore worthy of preservation, but continuing to make use of such a massive concrete structure (rather than demolishing it and adding tons of materials to landfills and ignore the huge amounts of carbon embedded in it) is the best choice for the environment.

For decades the Alliance has actively advocated for the upkeep and reuse of Boston City Hall and City Hall Plaza.

Alliance staff attends the ground breaking ceremony for the first phase of renovations to City Hall Plaza. Details about the project can be found here.

Alliance staff meet with the project team charged with redesigning City Hall Plaza. The group reviews updates to the plan for the site including art walls, the play area, and the redesign of public entrances. The Alliance provides feedback and is largely supportive of the thoughtful changes and upgrades.

A Boston Globe article, attached, highlights efforts by the City and Sasaki to upgrade City Hall Plaza. Kate Tooke, a landscape architect with Sasaki, says, “It’s about understanding the historic legacy of the plaza. It’s really preserving the integrity of the original design while also updating it to make sure it reflects our 20th century city.”

Alliance board members are invited to discuss the City Hall Plaza project with the project team. The Alliance learns that a public outreach effort is being planned and additional funding has been acquired for the project, raising the budget to $60M. The goal is to break ground in early spring of 2020. The group discusses strategies for honoring the original brick hardscaping and strengthening the walk-to-the-sea corridor. They also discuss ways to program the proposed small building on Congress Street. Overall, the Alliance expresses support for the plan and agrees to help promote the public outreach efforts.

City of Boston staff reach out to the Alliance for feedback on schematic designs for a renovation to City Hall Plaza. The Alliance is first to see the designs outside of the project team. Alliance staff shares a few concerns but overall finds the proposal to be respectful of the original design intent.

The Alliance submits a letter of support to the Community Preservation Committee to fund the Boston City Hall Conservation Management Plan.

Alliance staff attends a public meeting about City Hall and the plaza, mentioning an inquiry from the public about relocating the JFK statue from the State House to City Hall Plaza and raised questions about parking, loading, and public restroom facilities on the plaza during special events.

The Getty Foundation awards a $120,000 grant for specialists from different fields to analyze Boston City Hall and its surroundings to support future preservation efforts.

Alliance staff attends a site visit with City officials to City Hall Council Chambers to review plans for updating the space. The Alliance supports changes that make the space more accessible and accommodating for Councilors, City staff, and visitors attending hearings. The proposed changes are sensitive to the original fabric of the chamber.

The Alliance submits a letter of support, attached, to the Getty Foundation for Boston City Hall to receive grant funding for the Keeping it Modern Program.

Boston Mayor Marty Walsh holds event at City Hall to unveil new exterior lighting scheme. The Alliance is acknowledged as partners in the process to update City Hall. They Mayor shares that his administration is investing in the building and that City Hall will be changing for the better.

Alliance staff and board members attend a meeting about the Boston City Hall and Plaza Study held by Utile, Inc., the architecture firm running the study.

City of Boston consults the Alliance about the process to properly clean the concrete at City Hall.

The Alliance expresses concerns to the City about Delaware North’s proposed uses for City Hall Plaza and negative impacts on discussions and planning for future renovations. The Alliance encourages consultation with the Boston Landmarks Commission, the BRA, the Alliance, and DOCOMOMO when impactful decisions are being made about Boston City Hall and City Hall Plaza.

The Alliance co-hosts an event at City Hall with the Property and Construction Management Department and Utile, Inc. during Design Week to talk about planning for City Hall and the plaza.

Alliance Executive Director Greg Galer is interviewed by the Boston Globe (article attached) about the Mayor’s announcement for a $3M lighting upgrade for City Hall. Galer says that new lighting is a first step in a long process of bringing the building back to life, adding, “When they light this building, people will understand how great this building is and will look at it totally differently.”

A subcommittee of the Alliance meets with Utile, Inc. to review lighting plans for City Hall. The lighting will replace old lighting elements that have failed over the years. All of the new lighting will be LED and will last for 20 years; all new elements will be made accessible for easier maintenance in the future. The lights will be programmable for color changes during holidays and special events. The Alliance supports these changes and investments in the building, issuing a statement to the City that says in part, “New lighting will provide and unparalleled view of City Hall, illuminating its unique features and highlighting the original architects’ design intent while creating a more vibrant and welcoming centerpiece for the city. This is an exciting first step in the remaking of the people’s central building, our City Hall.”

Alliance staff attends a presentation about the phased approach to City Hall upgrades. Alliance staff notes the importance of changing the negative attitude about City Hall so that its potential is embraced.

Alliance staff attend a meeting about the three phases of the project, including future plans for 26 Court Street- another City-owned building. Studies are being conducted about the condition and future use of the Court Street building to understand how that relates to funding and phasing for City Hall and the plaza.

The National AIA Convention is held in Boston. The Alliance leads a Citizens for City Hall campaign with brochures and press kits, prompting local media outlets to pick up the story.

The Alliance holds a working group meeting to discuss the future of Boston City Hall.

The Alliance testifies at a Boston City Council hearing in support of rehabilitating City Hall, rather than relocating it. A letter is sent as well to reiterate points made.

The Boston Landmarks Commission accepts a petition to further study Boston City Hall in consideration for designation as a Boston Landmark. The study report is deferred, however, because there is no imminent threat to the building.

The Alliance meets with Mayor Menino to advocate for the rehabilitation of Boston City Hall and City Hall Plaza, rather than selling the site to developers and relocating City Hall to the waterfront. The Alliance follows this meeting up with a letter to the Mayor asking for City Hall to be designated a Boston Landmark.

The Alliance sends a letter to Mayor Menino to share the Alliance’s position on City Hall and City Hall Plaza, as determined at their December 2006 meeting.

The Alliance Board of Directors holds a special meeting to outline the Alliance’s position: city government should remain at the historic center of the city, the design and functionality of the plaza should be improved, City Hall should be preserved and rehabilitated.

Alliance staff sits on the Plaza Design Committee that discusses future plans for the plaza. These plans emphasize the need for green space, space for large events and gatherings, a new or improved fountain, and an upgraded MBTA station.

Alliance staff sits on the Program: Past and Future panel as part of a seminar for the Revitalizing City Hall Plaza 1994 plan. 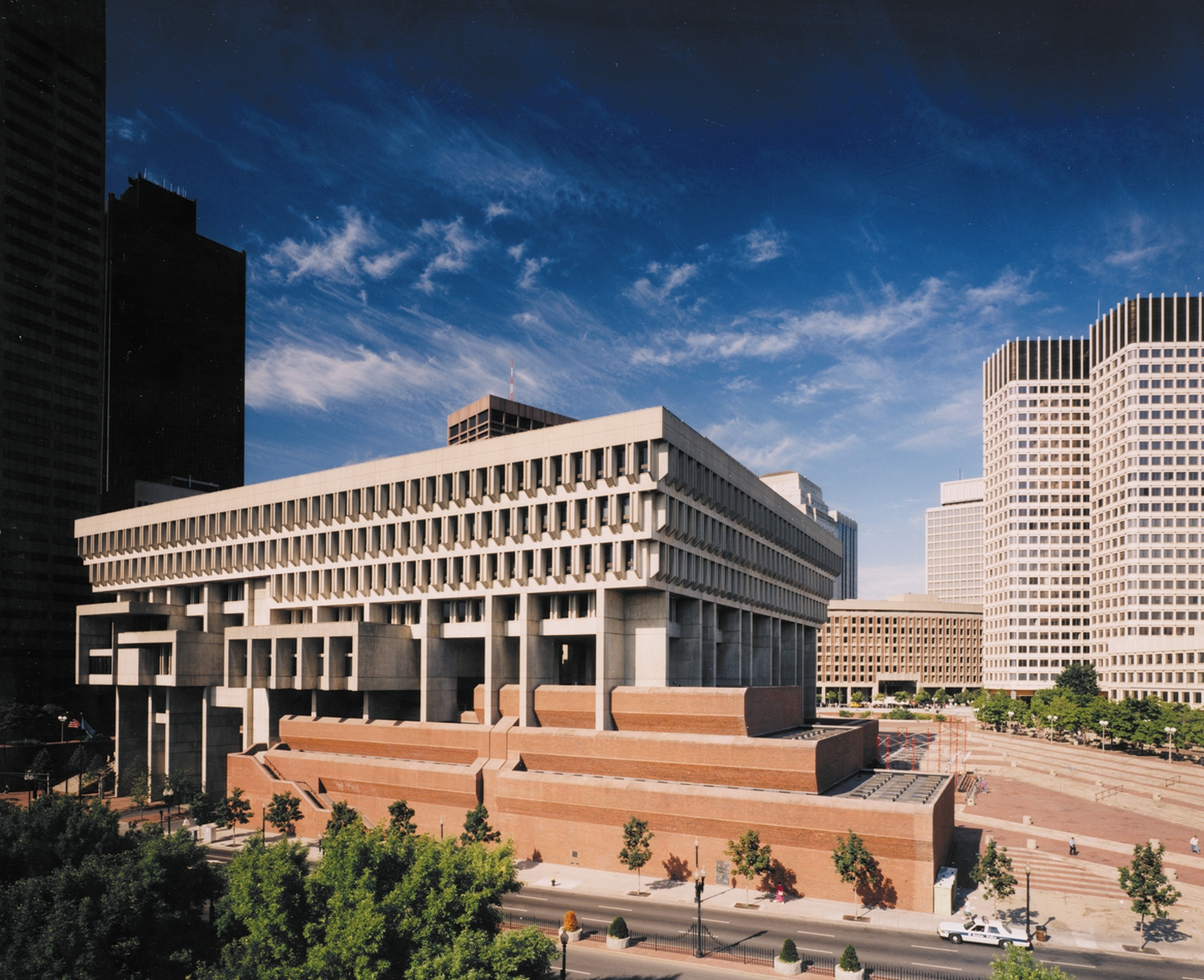 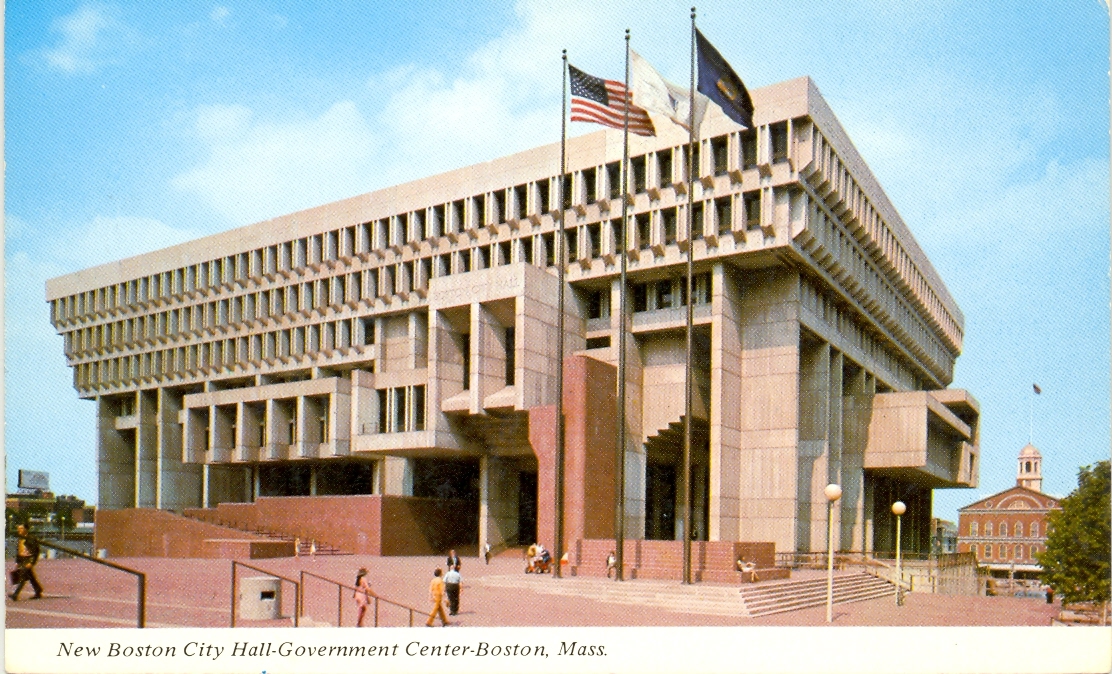 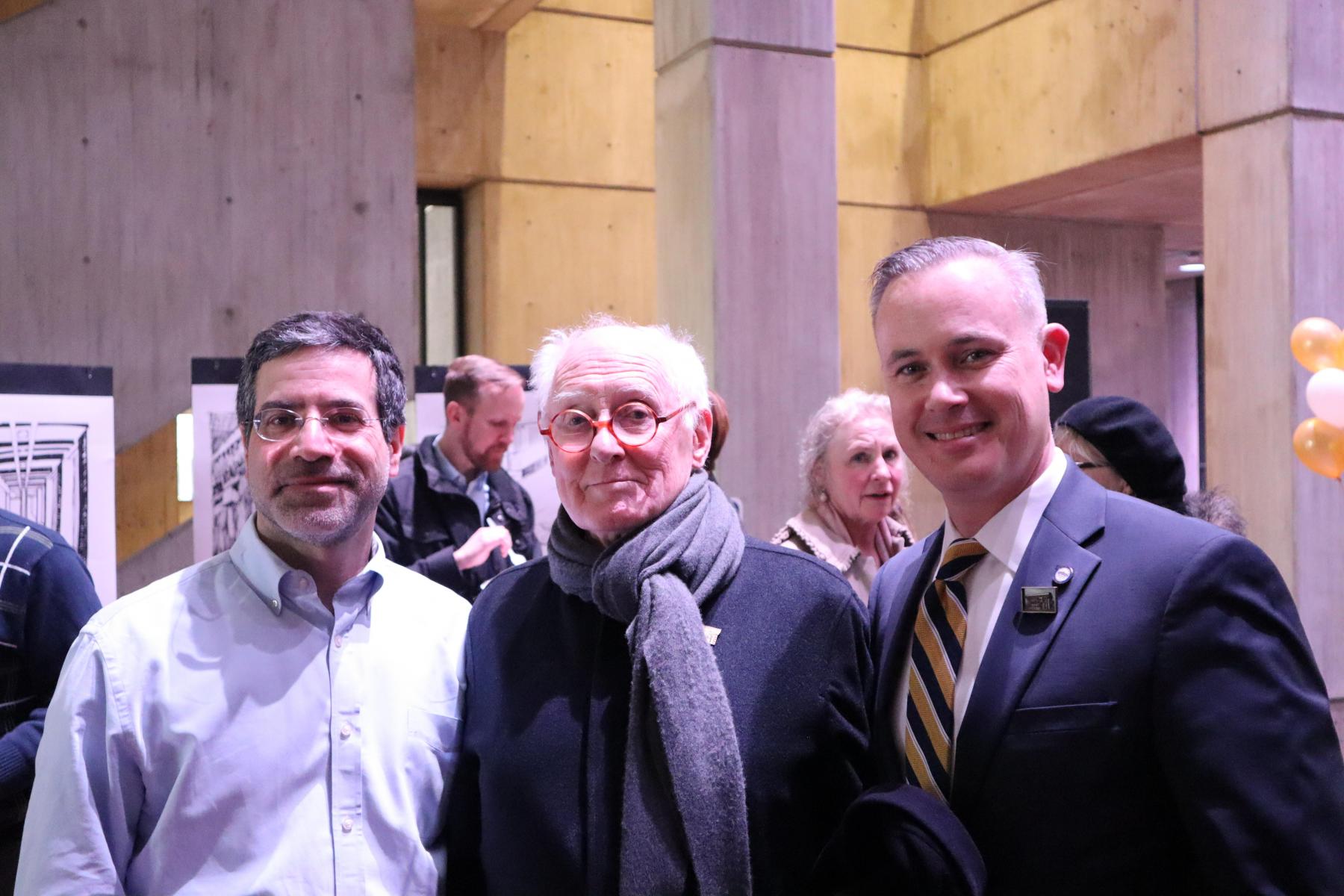 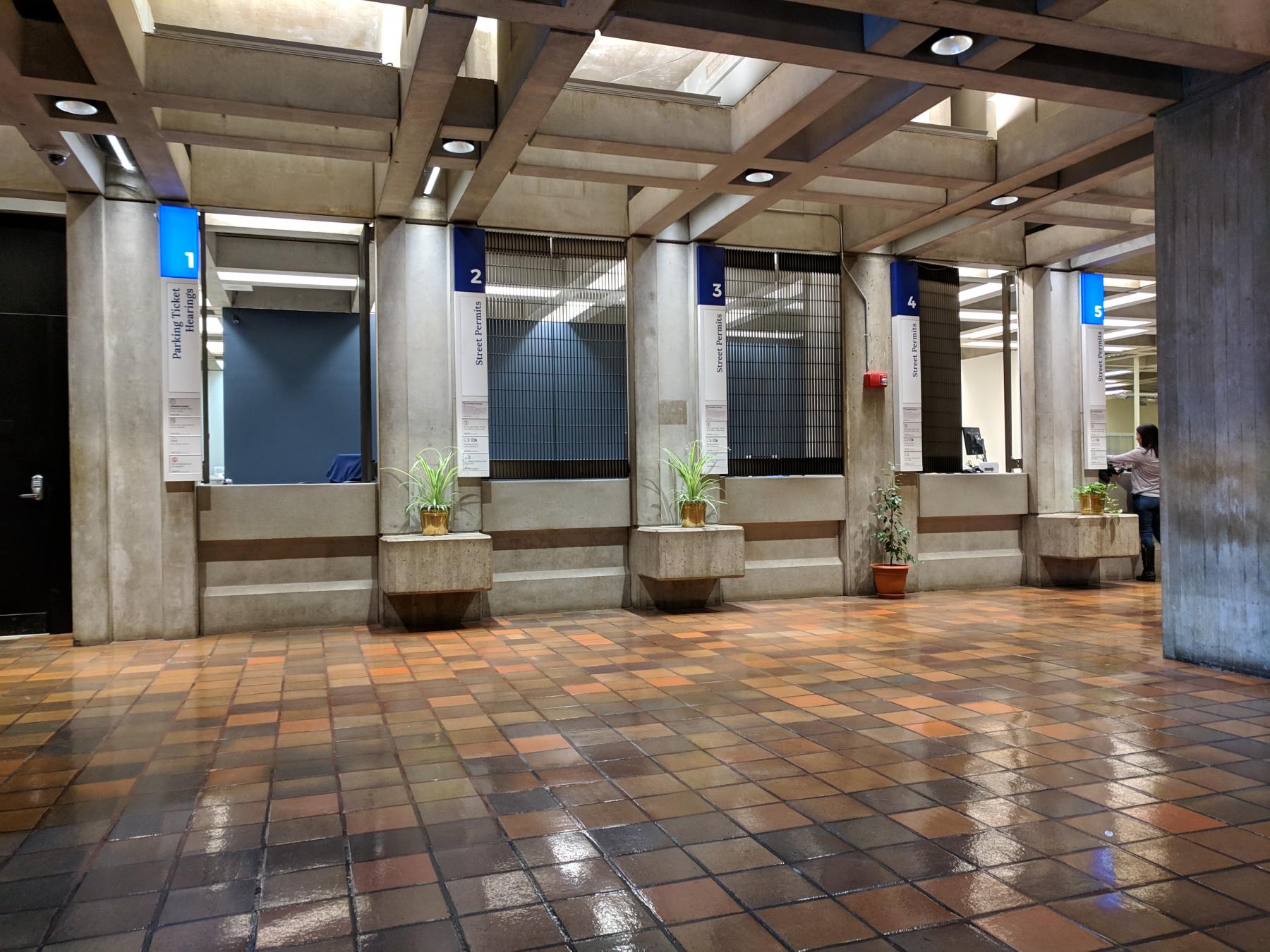 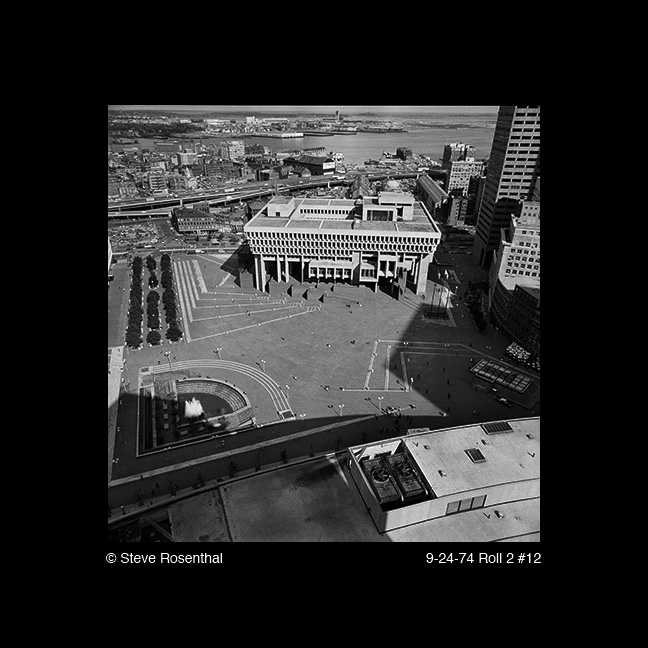 Boston City Hall and Plaza in 1974, photo by Steve Rosenthal 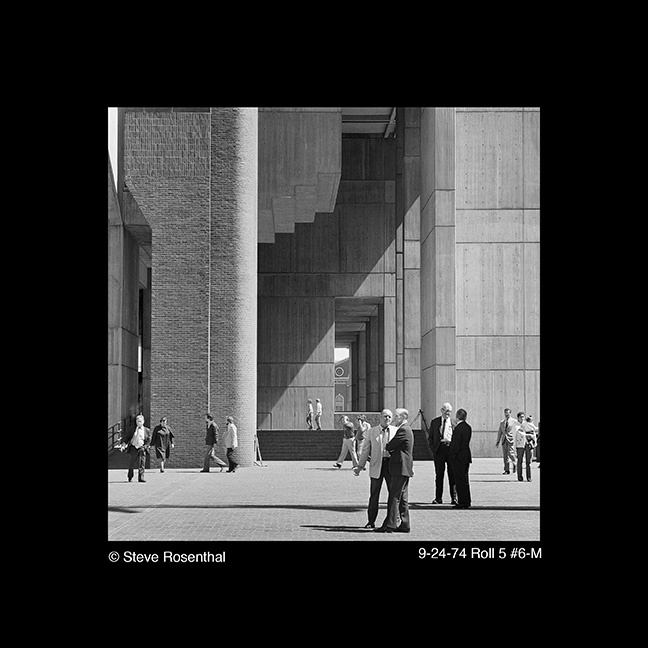 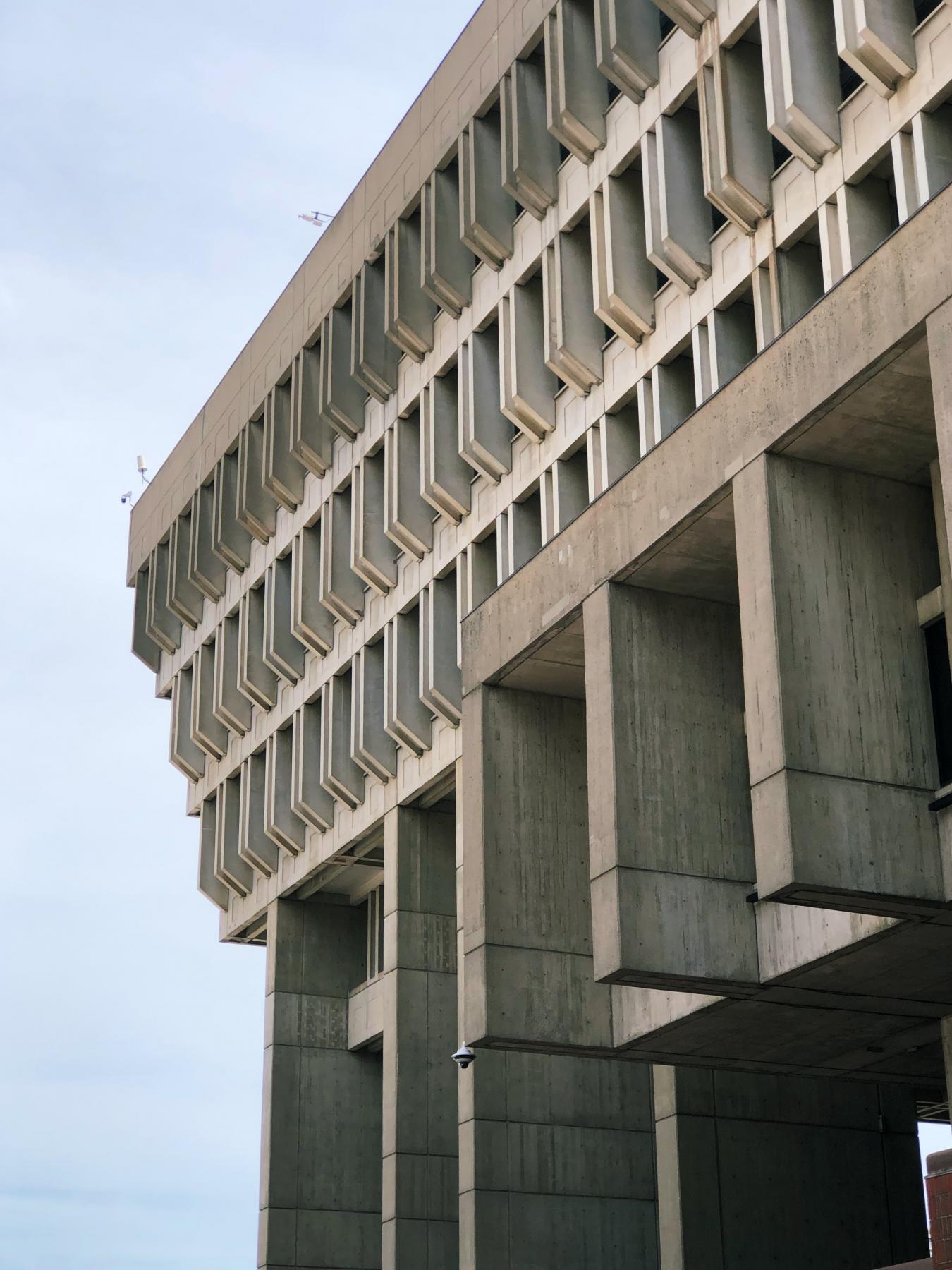 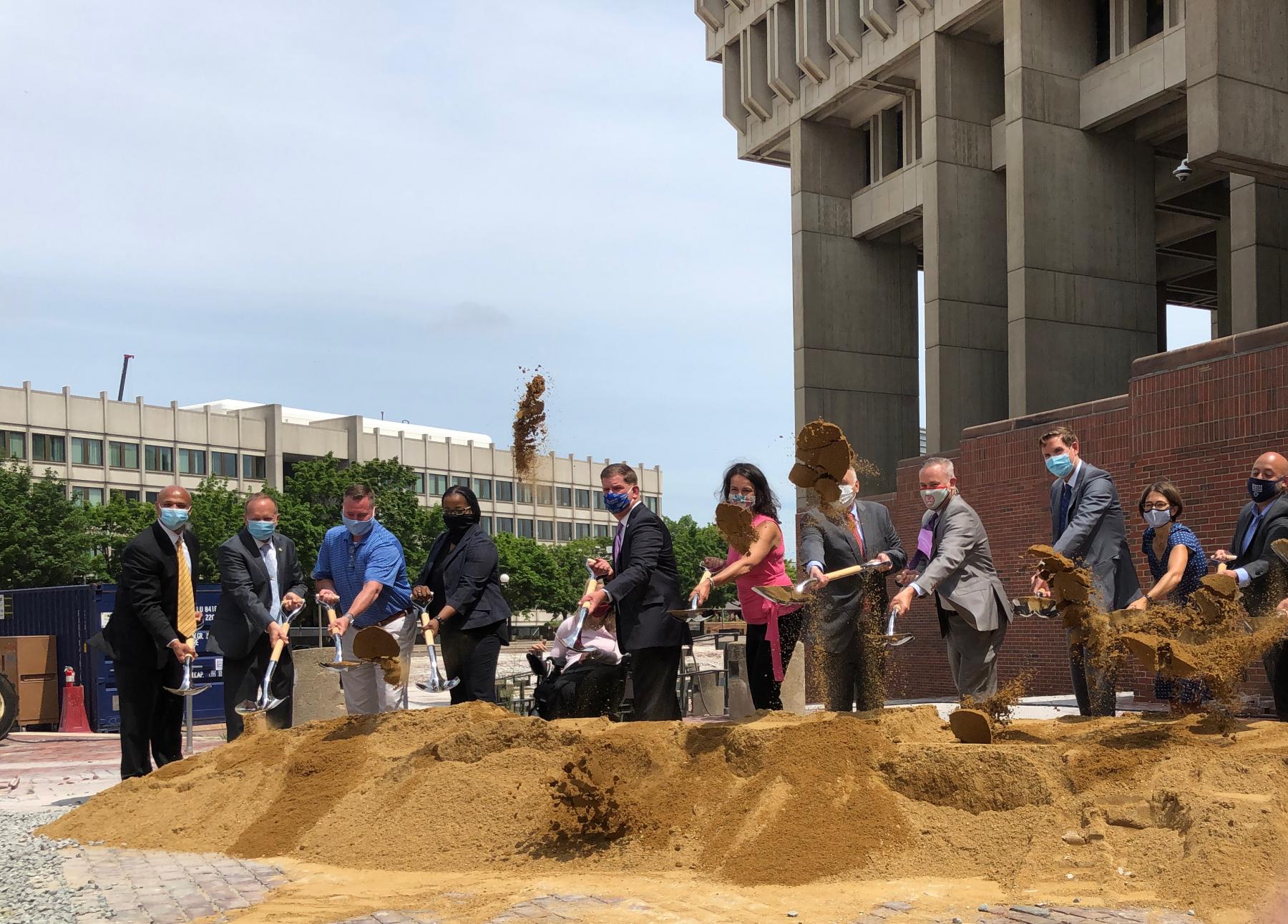 Groundbreaking Ceremony for City Hall Plaza renovation, July 2020, photo by Matthew Dickey
Thank you to all our corporate members, including: