Boston’s Back Bay is a miracle of preservation. It is one of the largest examples of intact Victorian and Edwardian residential architecture in the United States. Built as one of Boston’s premier neighborhoods, it fell into decline for many years, but was saved by a combination of dedicated residents, architectural preservationists, and good luck.  Today, its architecture is protected by law and the vigilant oversight of the Back Bay Architectural Commission.

A great deal has been written on the history of the Back Bay and the architecture of the houses.  A number of outstanding resources exist and more information is being added all the time through the work of historians, preservationists, and others.

Many people, and especially those who live in the Back Bay, are interested in the personal histories of the houses – who lived in them and how they were used over the decades.  This website, which was a recipient of a 2014 Preservation Achievement Award, is designed to provide at least an entrée to that information. 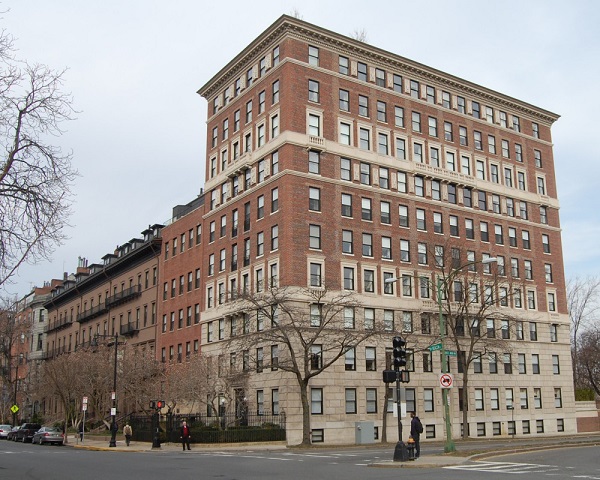 Until now, little has been known about the climate change reductions that might be offered by reu

Piano Row: Cycles of History is an original film documentary about the evolution of Bost

With no local protection or means of preventing demolition, the Ladder Blocks are at great risk o

Boston Modern: The Spirit of Reinvention events and booklet are part of the Modern Module program

Read More
Easements as a Tool for Preservation

Here in Boston there are a few ways we can protect a building or other historic resource.

Read More
City of Boston Archives The City Archives houses and manages historic City records and documents that are no longer in active use, including photographs, plans, deeds, maps and other documents. You’d be surprised by the wide range of historic materials that can inform your understanding of the history of Boston and its neighborhoods and buildings.
Read More
Neighborhood Preservation Workshops

Read More
Inspectional Services Department (ISD) The ISD enforces building and housing regulations. Permits applications for building, modifying, or demolishing a building are submitted to this department. Vacant and foreclosed properties are registered with the ISD, which includes documentation and photographs.
Read More
Boston Planning and Development Agency (BPDA) The BPDA is Boston's planning and economic development agency. They work with other City departments and organizations on a wide range of planning and development initiatives. Development projects are subject to comment periods and public processes. The BPDA plays a far reaching role in shaping the City.
Read More
Boston Landmarks Commission (BLC) The Boston Landmarks Commission, along with the volunteer local Historic District Commissions, serve as the City’s steward of Boston’s historic buildings, places, and neighborhoods. The BLC and the Commissions are part of the city’s Environment Department, provide information and assistance concerning the regulatory process, historic preservation planning, archaeology, sources for historical information, and technical assistance.
Read More
“The quality of our architectural heritage, its pedestrian scale—we have some of the greatest streets in this nation.”
— Howard Elkus —
“We all want progress in Eastie, but we do want to see history preserved.”
— Meg Grady, East Boston resident —
“There’s a reason why this bridge is still here. It means something to Bostonians.”
— Greg Galer —
Thank you to all our corporate members, including: