Mid-century architecture, like that of the 1953 YWCA building, is finding renewed appreciation combined with an environmental ethic that prioritizes reuse of existing buildings. Revitalized and reimagined, this site is now a fun and funky micro-hotel set against a backdrop of brownstones.

Mid-century architecture has had a challenging existence, particularly when constructed in a neighborhood dominated by traditional 19th-century brownstones. Yet this misunderstood style is finding a new audience. A combination of an environmental ethic which emphasizes reuse of existing buildings and a growing appreciation for the functional, stripped-down honesty of architecture, like that of The Revolution Hotel, is leading to the celebration of buildings once derided. When the Mount Vernon Company purchased the former 1953 YWCA, they took on a challenge. The Young Women’s Christian Association began in Boston in 1866 “to aid the young working-women of Boston” and has been providing services for the past 150 years. Forty Berkeley Street was the site of one of the first buildings of the YWCA, which was dedicated to the cause in 1884 and later demolished in 1953 for the current mid-century structure. This complex once housed up to 211 women who were joining the workforce or going to school after WWII and supported women as they transitioned from living with their parents to their own homes.

The project team left the exterior design largely unchanged while returning lost elements to their original form, such as an original canopy. The interior hotel transformation retained all of the original room sizes while updating mechanicals, windows, etc., leaving a remarkable 41 different room types. Creative reuse of original elements and an embrace of the period and the building’s structure leaves a stripped-down style exposing long-covered original features such as concrete floors, a sweeping mezzanine, and a bank of original YWCA resident mailboxes. The entire space was threaded with street art depicting figures and points of Boston’s history with murals and an “innovation tower” sculpture using antiques from Brimfield Antique Market. The exterior courtyard now has a clear publicly accessible use. The site has been transformed into an eclectic micro-hotel, providing an interesting destination in a bustling part of the city.

“Mid-century structures tell us about the evolution of the city, of neighborhoods, and of design. They represent an important chapter in urbanism and the various eras of the lives of cities including that of today,” says Greg Galer, Executive Director of the Boston Preservation Alliance. “To find creative new uses, to embrace existing materials and creatively transform their utility to meet today’s needs, to celebrate the urban context, and to provide reasonably affordable accommodations for visitors is a laudable goal, and The Revolution Hotel succeeds in all these counts.” 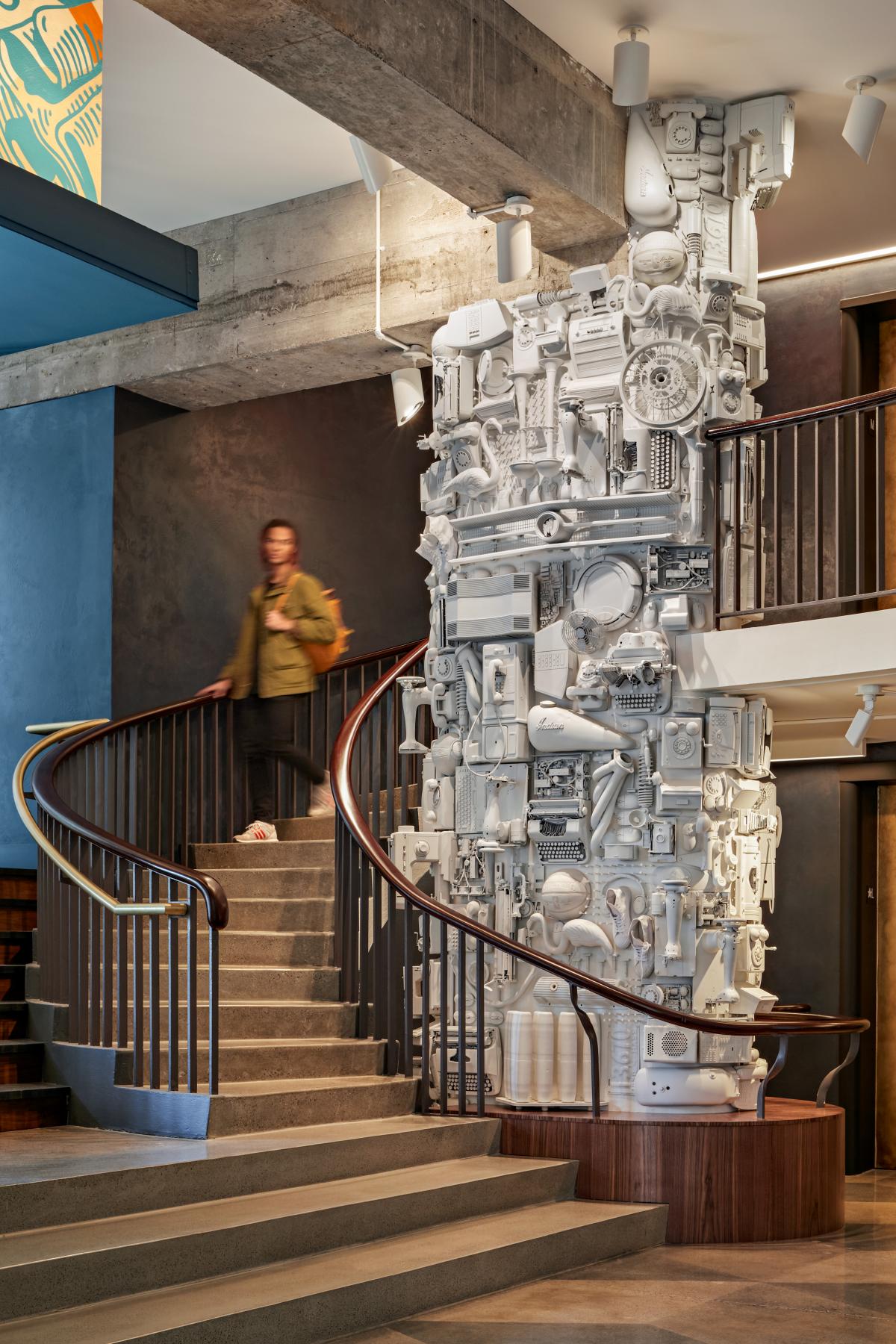 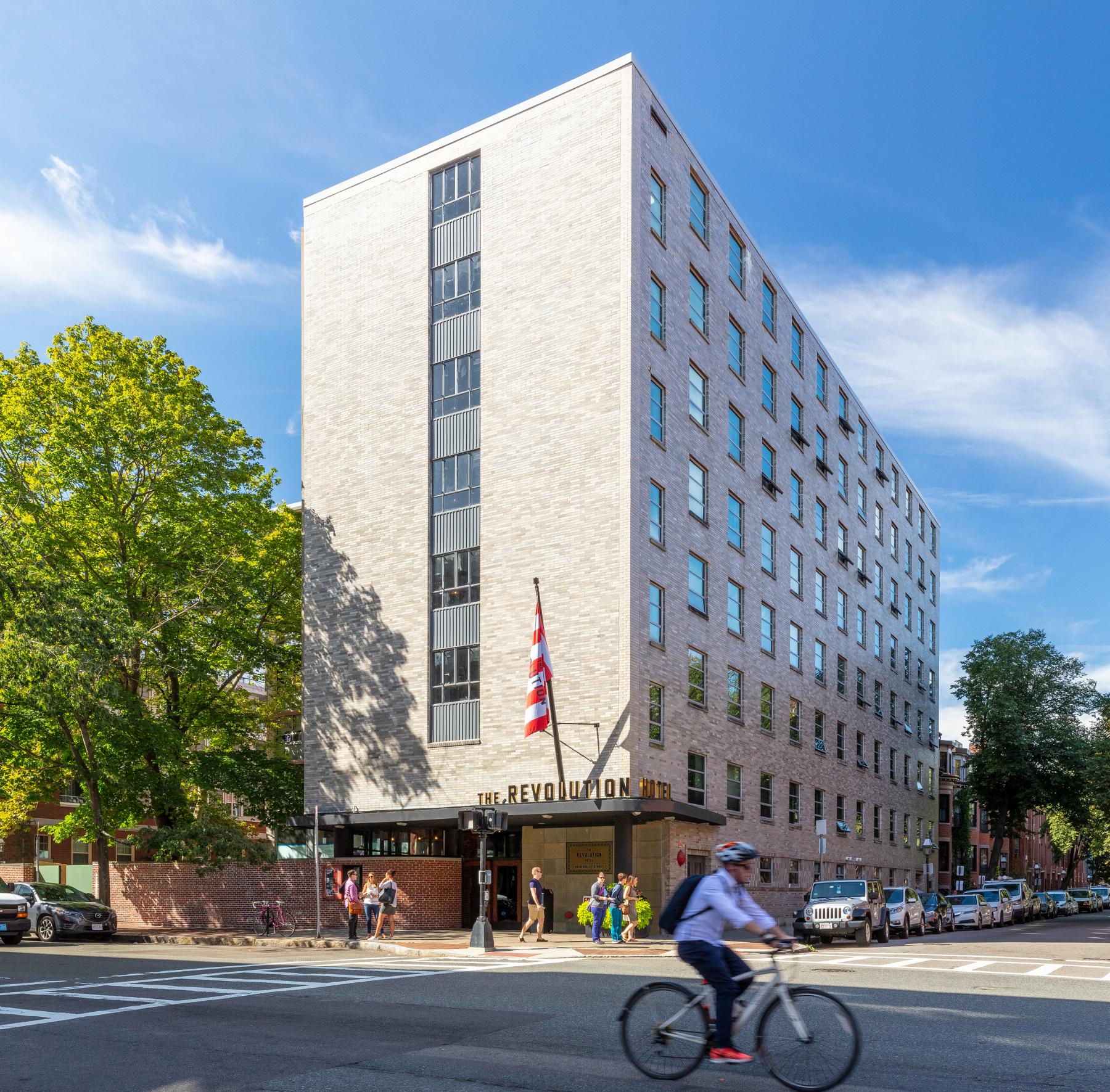 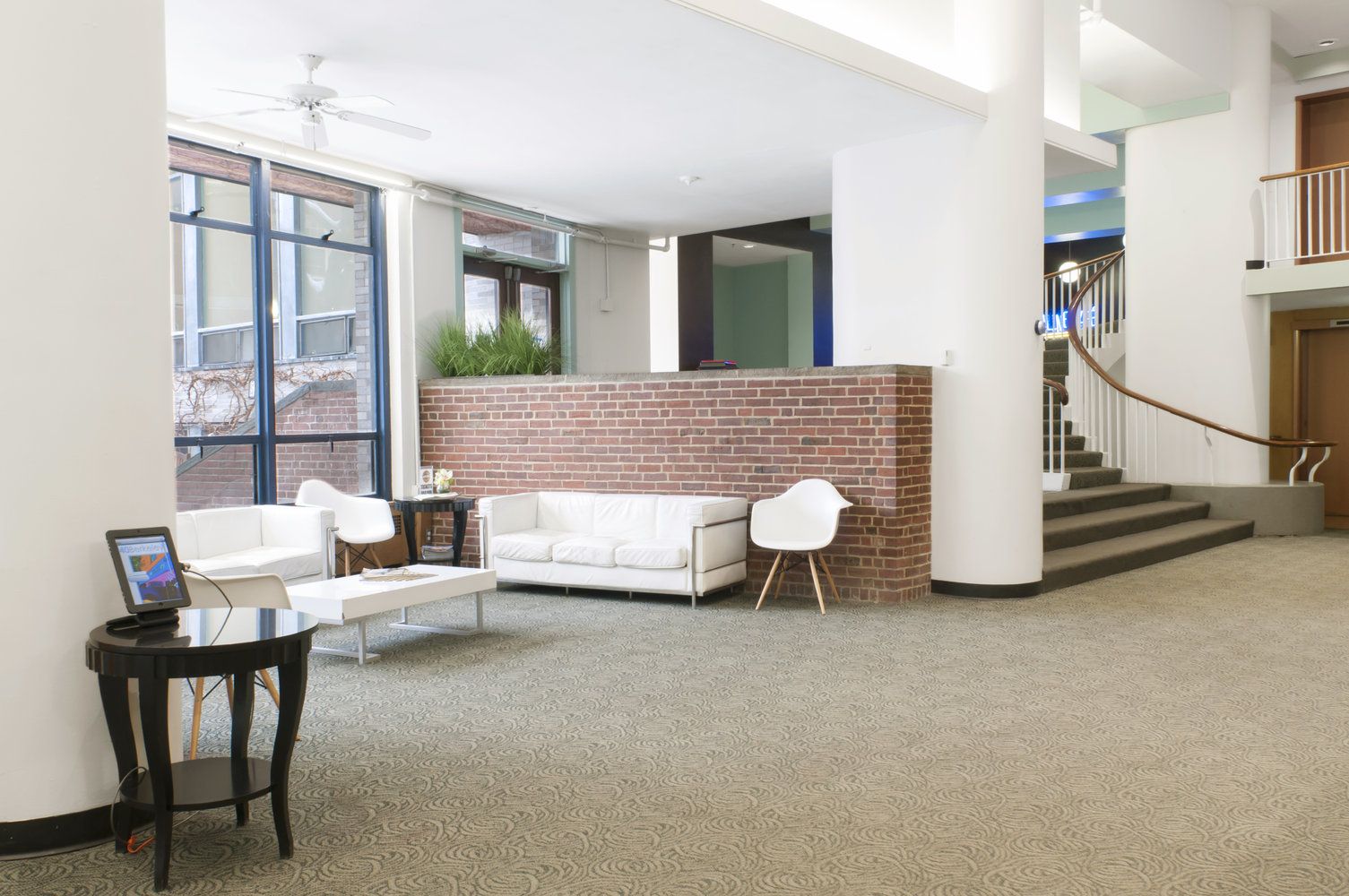 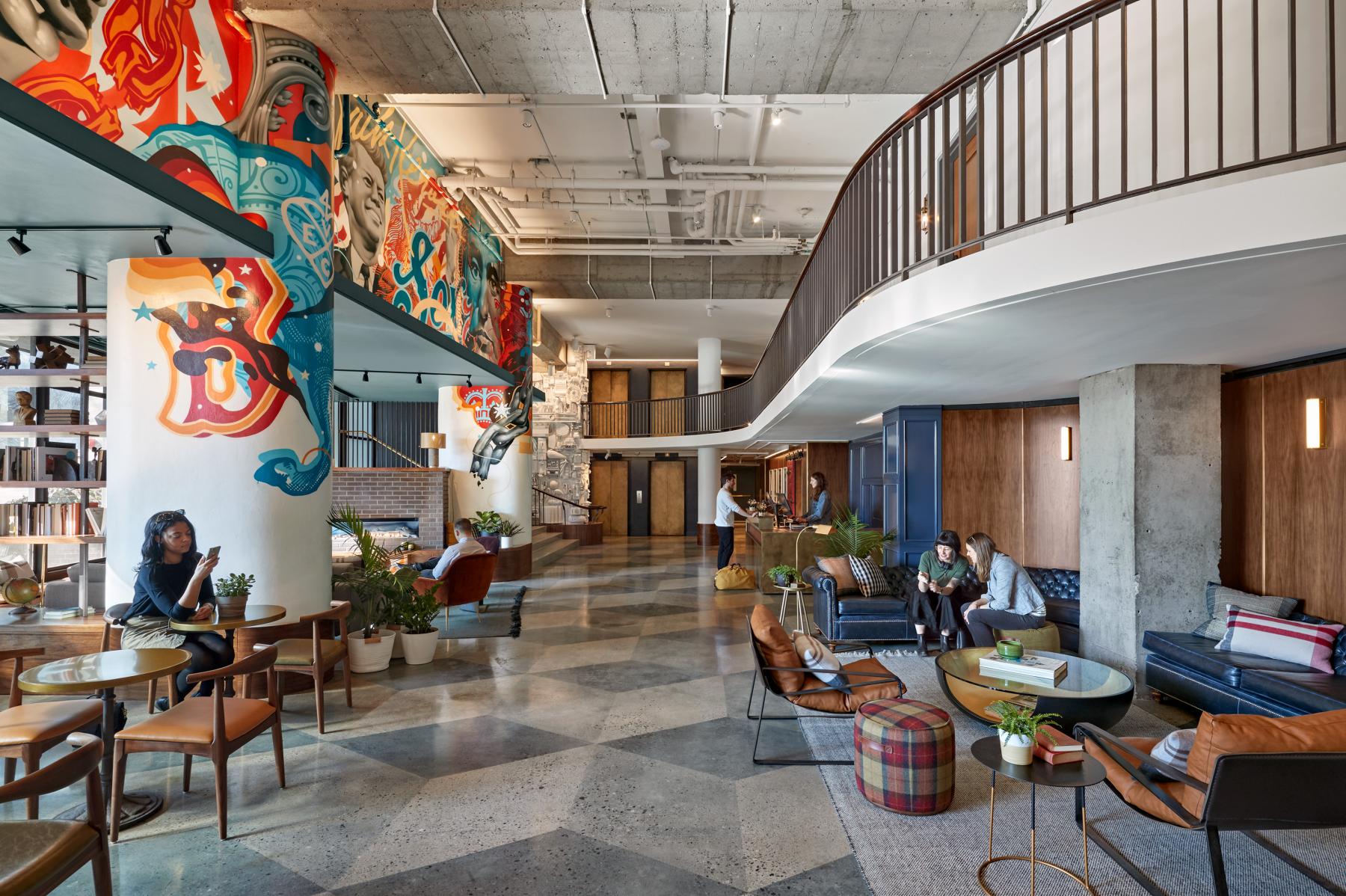 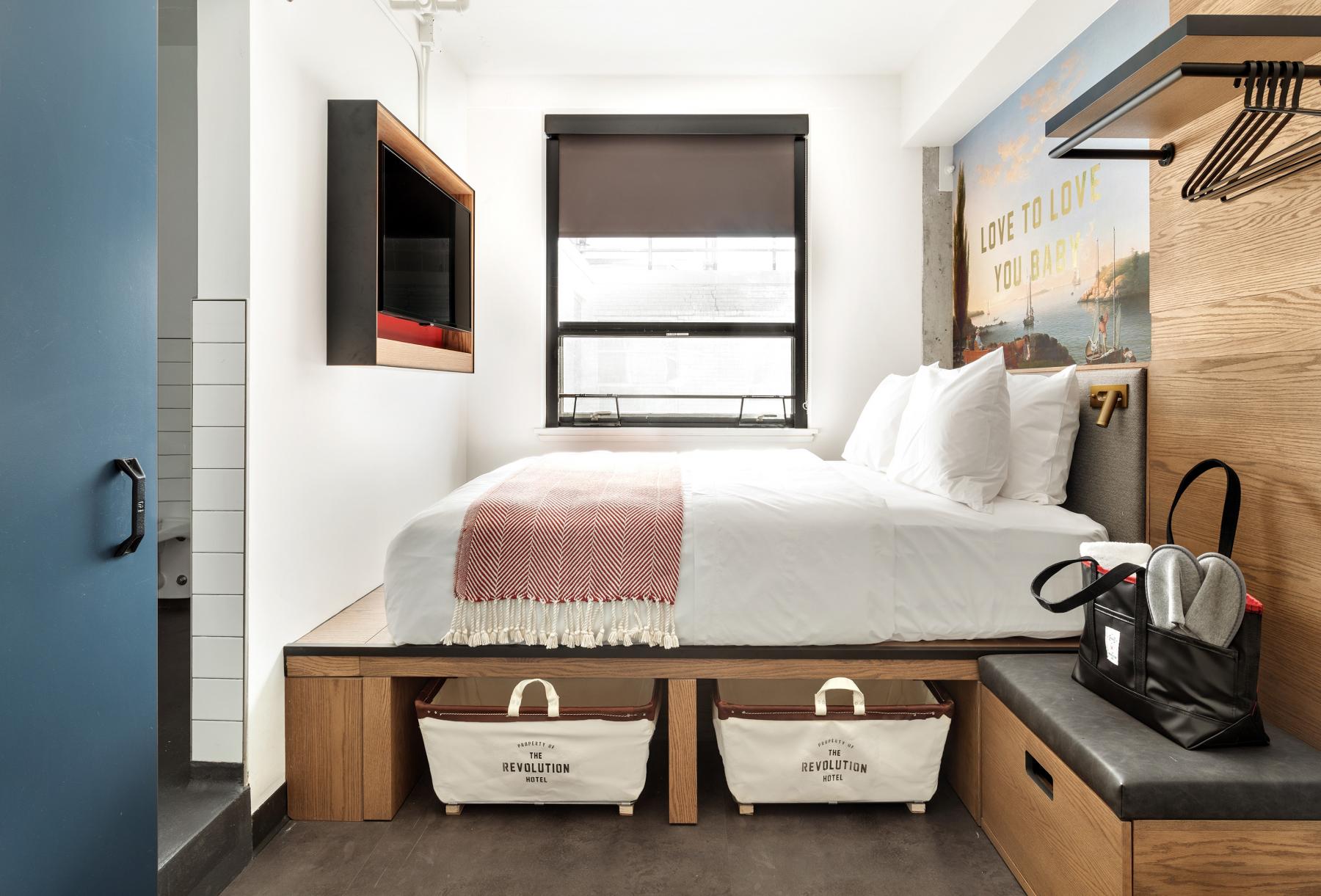 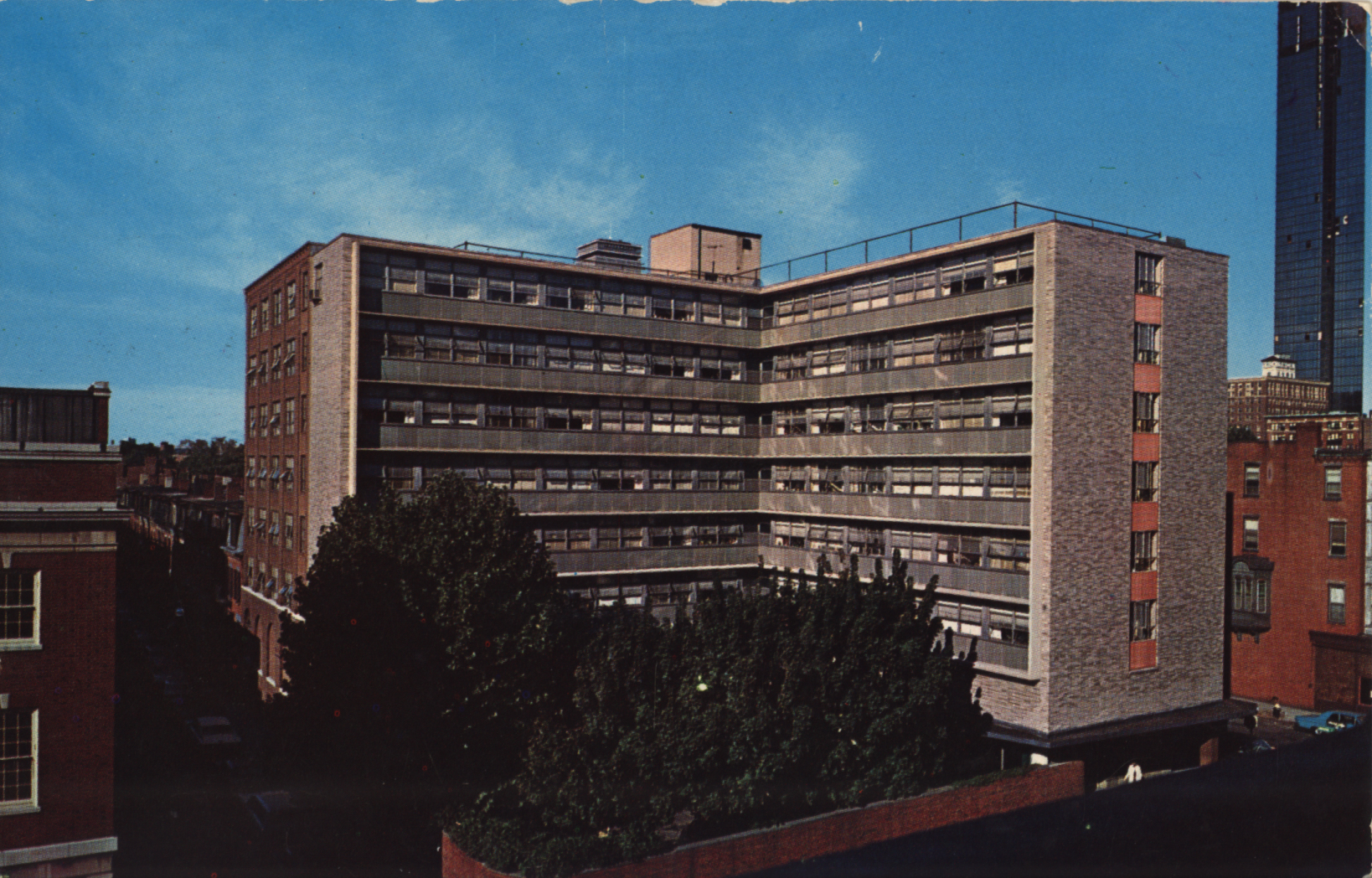 1972 Postcard, 40 Berkeley Street
Thank you to all our corporate members, including: