Massachusetts General Hospital (MGH) proposes expansion of its West End campus across two blocks on Cambridge Street. According to the Project Notification Form (PNF) filed by the proponent with the Boston Planning and Development Agency (BPDA), this expansion would allow MGH to improve their patient services and offer more private rooms. The project as designed requires all existing buildings on the two blocks to be razed. This includes three historically significant masonry buildings: the 1884 Winchell Elementary School (aka Ruth Sleeper Hall) at 24 Blossom Street, the 1910 West End Tenement House at 23-25 north Anderson Street, and the 1929 West End Settlement House at 16-18 Blossom Street. These buildings are three of only about a dozen to survive the Urban Renewal efforts that decimated the neighborhood starting in the late 1950s.

The Alliance is concerned about the loss of the three historically significant buildings on the site of the proposed new development. While we do not oppose MGH’s concept of expansion, we have had several meetings with the development team to discuss alternatives to the complete loss of these buildings. The West End neighborhood still suffers the effects of Urban Renewal and we feel that is important for MGH, both as good neighbors and stewards of some of the last remaining buildings from pre-Urban Renewal, to make every effort to preserve West End history, memory, and sense of place.

•    August 19, 2020
A virtual meeting is held by the BPDA to discuss historic preservation aspects of the proposed redevelopment project. The Alliance has been urging MGH to hold this meeting for months and worked with the BPDA to spread the word. With over 100 individuals in attendance, MGH outlines their project concept and the exploration of alternatives to demolition, none of which they feel are feasible for various reasons. During the Q&A portion of the meeting, nearly every comment (all except union representatives) are in support of preservation of at least one of the three buildings on the site in situ. The community expresses that these buildings are powerful symbols of the neighborhood’s past, especially its significant immigrant history, and are valuable to the health and well-being of the residents. There are a variety of question asking about different alternatives for the hospital’s program that would allow these buildings to survive. Toward the end of the meeting, MGH says that they consider this meeting a listening session, that they value community input and hear the passion of residents for these buildings, and will further consider the perspectives shared.

•    June 15, 2020
Alliance staff meets virtually with leadership at the BPDA to discuss the project and our perspective on preservation of the existing buildings. It is agreed that a public meeting needs to be held specifically for historic preservation aspects of the project before its design moves forward. The Alliance will work with BPDA staff to help coordinate a date.

•    February 27, 2020
Alliance staff meets again with the project team for a follow-up discussion about alternatives to demolition of the three historically significant buildings on the site. One option has been further explored based on feedback from the Alliance, which includes reconstructing just the facades of two of the buildings onto Cambridge Street with new construction behind. Staff communicates that the neighborhood prefers full preservation to facade reconstruction and that a public meeting is necessary. The Alliance states that we are not yet prepared to agree that moving the buildings isn’t viable nor that we support any of the reconstruction options without MGH presenting directly to the community.

•    February 25, 2020
Alliance staff hosts a conference call with representatives from neighborhood groups and organizations in the West End and Beacon Hill neighborhoods to continue a dialogue about this proposal and to help us fully understand the preservation goals of the community. After communicating the alternatives that MGH presented to the Alliance, the community largely still feels that preservation of the two larger buildings in their entirety is preferred. The community feels that a public meeting with MGH is required at this point to discuss preservation concerns and so they can hear directly from MGH about site limitations.

•    February 10, 2020
Alliance staff meets with Councilor Bok and members of her staff to discuss a variety of preservation issues, including the MGH proposal. Staff provides background of the Alliance’s involvement in the project and our current position.

•    February 7, 2020
Alliance staff meets again with the project team for a presentation and discussion about alternatives to complete demolition of the three historically significant buildings on the site. The MGH team has further explored a variety of preservation approaches including moving sections of the two larger buildings to Cambridge Street, incorporating just the facades into the new design, or attaching the new building to the facades at their current location. None of the scenarios presented included preserving all three remaining buildings. A follow-up meeting is scheduled for additional dialogue.

•    January 9, 2020
The Alliance sends the MGH team a list of scenarios for further study, as requested by MGH. The proponent is preparing for a follow-up meeting with the Alliance to address outstanding concerns and questions from the previous meeting. In particular, the Alliance requests further analysis of the possibility of relocating the historic buildings to Cambridge Street if additional height is added to the clinical buildings.

•    November 19, 2019
The Alliance joins representatives from MGH and their project team for a meeting to discuss MGH’s exploration of alternatives to demolition of the three historically significant buildings on the project site. The project team analyzed options including: leaving the buildings in place and building the new structure above them; retaining only the facades of the buildings either in their current locations or reconstructing the facades on Cambridge Street; moving the West End House and Ruth Sleeper Hall to Cambridge Street and constructing the new around them. The team outlines challenges with each scenario including cost, impact on program and services, and schedule, but the Alliance has ideas and suggestions for further exploration and questions claims that moving the buildings is an insurmountable challenge given other similar projects that have been successful. The Alliance asks the team to consider adding additional height to the clinical buildings to make up for lost square footage in a scenario that preserves at least two of the existing buildings. The Alliance also asks the team to pursue a scenario suggested by BCDC back in July that removes the street in the middle of the site and allows for a bigger building to be placed further back on the parcels, freeing up space along Cambridge Street for the relocation of the existing buildings. Either of these scenarios could potentially produce a feasible project, with coordination from the neighborhood about how to program the spaces in the historic buildings. Though appreciative of the analysis, we express frustration that none of the proposals re-imagine the overall plan and instead insert the historic buildings within the existing design, which is unlikely to result in a viable outcome. The Alliance encourages MGH to think of preservation as a community benefit, an asset to their campus, and part of the mitigation package for the project. The dialogue will continue.

•    August 5, 2019
The Alliance, along with seven other local stakeholders, sends a letter to the BPDA demanding a thorough analysis of alternatives to demolition and a robust, public dialogue. The letter is attached below.

•    July 23, 2019
Alliance staff attends a design review meeting of the Boston Civic Design Commission. Several members of the West End and Beacon Hill neighborhoods are also in attendance. The proponent presents updates to the project and the Commissioners give feedback about the “bridge” over North Anderson Street which would be several occupied floors. They are concerned that the street under the bridge will feel like a tunnel to pedestrians and would visually block views and access to the green space and historic building behind it, which they consider public assets. It is noted that there is an ongoing conversation about transferring ownership of the street to MGH. If this were to happen, it is suggested that the new development could possibly be designed as one building instead of two and set further back on the site, allowing space for more public realm along Cambridge Street and potentially the relocation of the historic buildings on this site. The proponent agrees to evaluate this option. Members of the public speak in strong support of saving the historic buildings.

•    May 9, 2019
Alliance staff attends a meeting hosted by the West End Civic Association. The project team shares their presentation outlining the project and answers questions from attendees. No new information is provided about alternatives to demolition of the historic buildings on the site, though it is noted that the proponent is working with the Alliance, the Boston Landmarks Commission, and others to address this concern.

•    May 7, 2019
Alliance attends BCDC meeting. The project is presented and commissioners express concerns about massing, scale, and site lines into the campus. As is  typical, the project is directed to the design review committee for further consideration. Alliance ED, Greg Galer, expresses appreciation for the commission’s recognition of the historic buildings on the site that are proposed for demolition and encourages the proponent to explore options for moving the buildings forward on the site, to front Cambridge Street, and constructing the new buildings behind.

•    March 22, 2019
The Alliance submits a comment letter, below, urging the proponent to find an alternative to demolition of the three historically significant buildings on the project site.

•    March 19, 2019
The Alliance meets with the project team at MGH to learn more about the proposal and share our concerns. Alliance staff emphasizes the significance of the existing buildings and urges the proponent to consider moving the historic buildings on the site to provide space for the new development; the proponent agrees to study that alternative.

•    February 20, 2019
A PNF is filed with the BPDA outlining a proposal to expand Massachusetts General Hospital (MGH) across two blocks on Cambridge Street between Blossom Street and North Grove Street. According to the PNF, two new structures will be built on the site after all existing buildings are razed, including three historically significant masonry buildings. 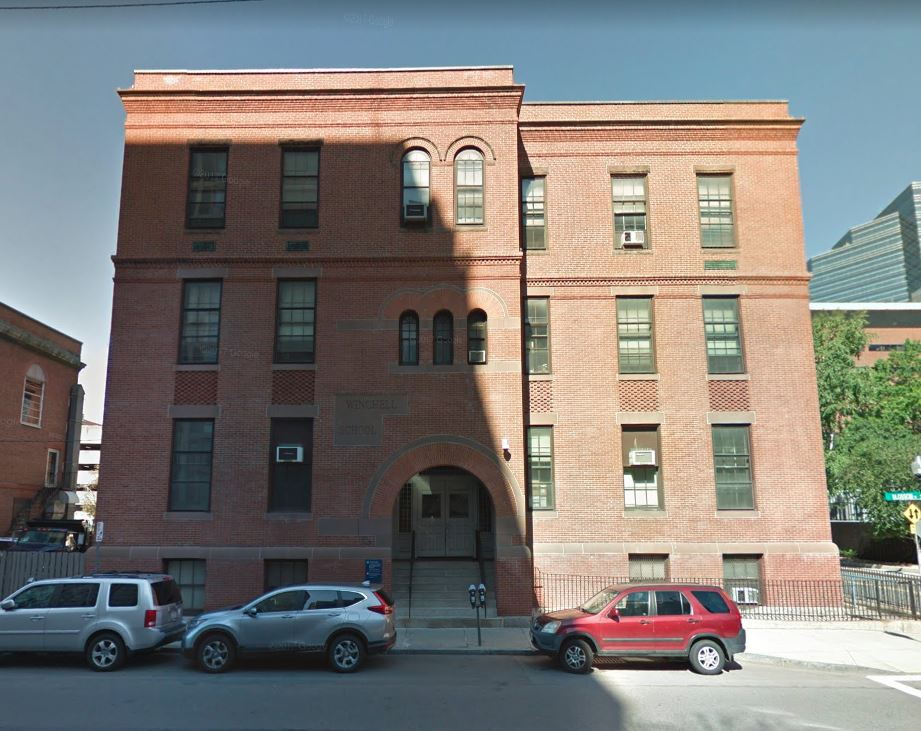 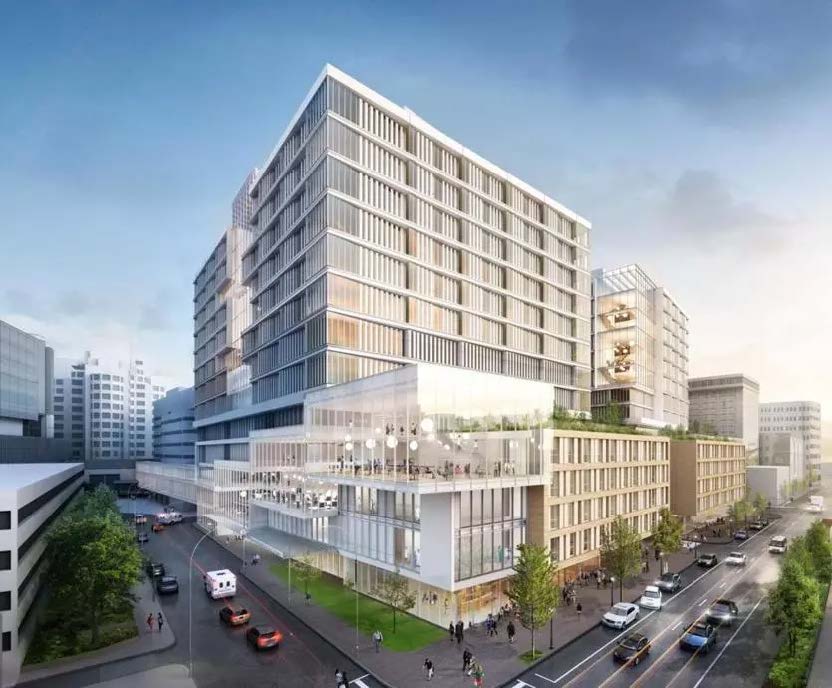 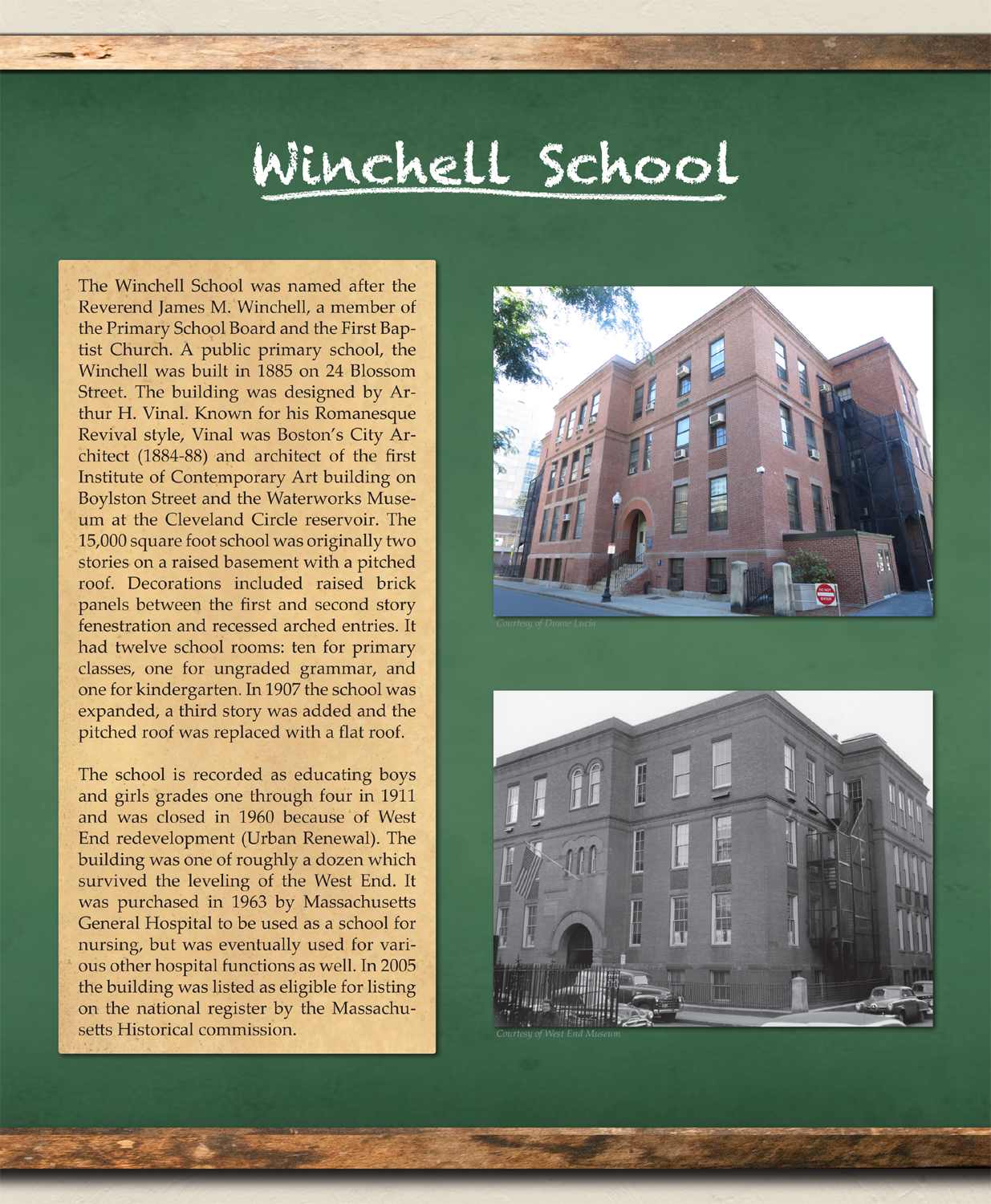 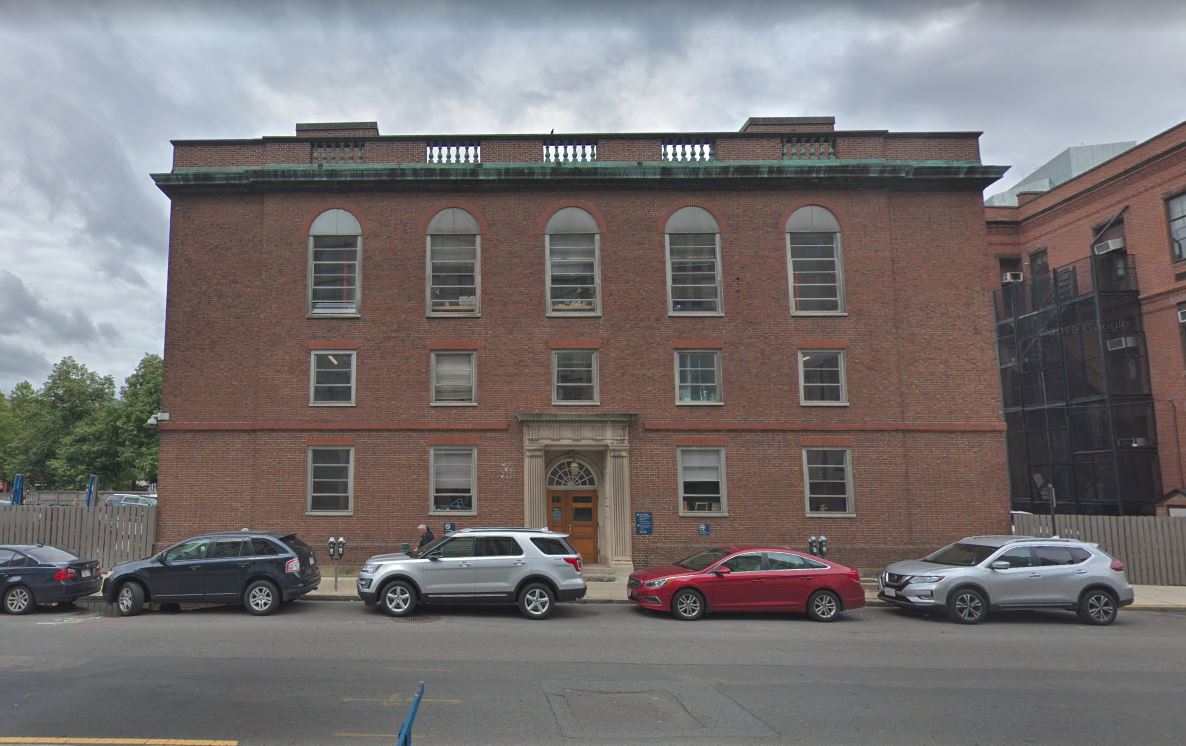 West End House, 1929
Thank you to all our corporate members, including: