Hotel Buckminster represents the development of Kenmore Square at the turn of the 20th century, and today remains the oldest historic building at the western end of the square. Used for much of its history as an apartment hotel and a tourist hotel, The Buckminster is significant for its association, from 1930 to 1968, with the growth of New England’s radio broadcasting industry. The building possesses further significance for its occupation and operation, during World War II, by the U. S. Army’s First Service Command, serving the six New England states from headquarters in Boston. As the location of a widely known jazz club in the early 1950s, The Buckminster is also connected with pioneering efforts in the history of jazz music promotion in New England.

Shortly after the beginning of the COVID-19 pandemic The Buckminster announced in a post on its Facebook page that it would suspend all operations on March 20th, 2020 with no plans to reopen in the future. Life Sciences real estate developer IQHQ Inc. purchased The Buckminster in November 2021 and announced plans to convert the historic hotel into lab space, requiring demolition of the existing structure.

The Alliance strongly believes that the historic Buckminster Hotel should be restored and reused. After so much loss of historic fabric in Kenmore Square and the larger Fenway neighborhood, The Buckminster Hotel is now that much more essential to the neighborhood’s sense of place, character, and history. It is an anchor on an iconic corner and as several new developments begin to rise above the square, The Buckminster must remain to make crucial connections between the neighborhood’s past and present. Built in the late 19th century, The Buckminster is the oldest hotel in the Kenmore area and once hosted a variety of notable figures-from jazz legends Louis Armstrong and Billie Holiday to baseball icon Babe Ruth to entertainer Andy Kaufman. During World War II it is said that the hotel housed Italian prisoners of war. There are relatively few buildings in all of Boston with as much history and identity than The Buckminster. Losing yet another icon of the city to development would not only further erode the neighborhood’s sense of place, but would lead residents to the conclusion that their memories, experiences, and histories are justifiable sacrifices to the interests of private development.

On October 28th 2022, The Alliance submitted a landmark petition to the Boston Landmarks Commission with strong support from Fenway-Kenmore residents.

An article about The Buckminster Hotel is published in The Boston Business Journal written by Greg Ryan. The article features quotes from The Alliance’s executive director Alison Frazee:

“There are so many stories to tell with this space. Not only that, but it’s an anchor in the neighborhood,” said Alison Frazee, the Boston Preservation Alliance’s executive director. “For all of those reasons, we feel it’s really important to be sensitive to this site.”

IQHQ Inc. files letter of intent with the BPDA.

The Landmark petition is presented by Alliance Executive Director Alison Frazee at the Boston Landmarks Commission hearing for survey rating category upgrade and acceptance of petition for further study. Both items are accepted unanimously by the Commission. The Hotel Buckminster is now a Pending Landmark and a study report will be prepared for review by the public, owner, abutters, and other stakeholders before a future presentation to the Commission and then a vote for designation as a Boston Landmark.

The Alliance submits a Landmark petition to Boston Landmarks Commission.

Alliance Executive Director Alison Frazee meets with representatives from IQHQ, the current owners of the Buckminster Hotel building. IQHQ is a development company that specializes in labs, so their plan is to convert the building into lab space. The team explains that the existing ceiling heights are not conducive to labs, however, so they will likely advance a proposal that demolishes the building and potentially reconstructs some design elements of the historic building. Alison emphasizes the significance of this building and the importance of adaptive reuse, not only for historic reasons but also for environmental and sustainability reasons. The team agreed to return to the Alliance once they have selected a design concept. 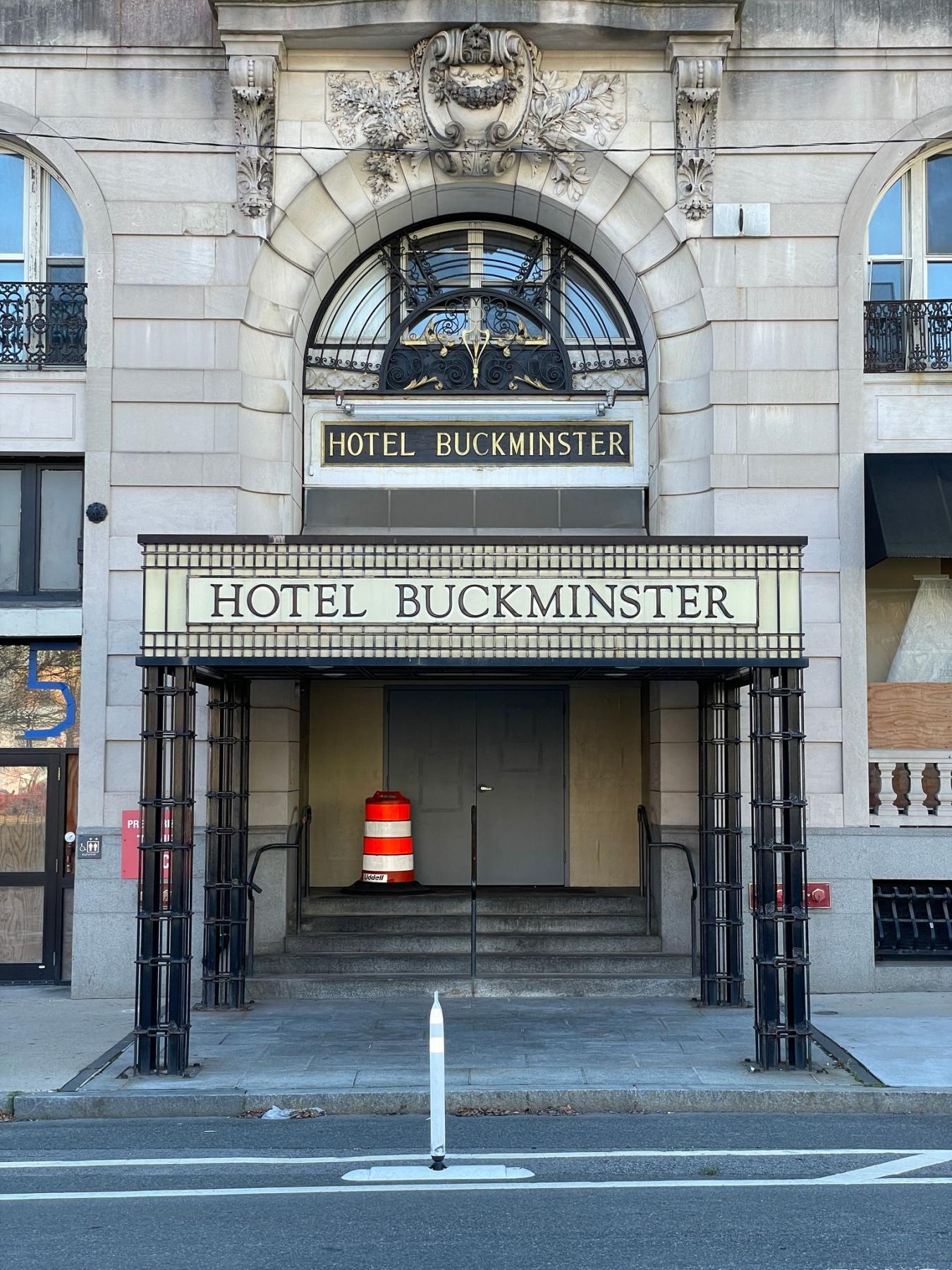 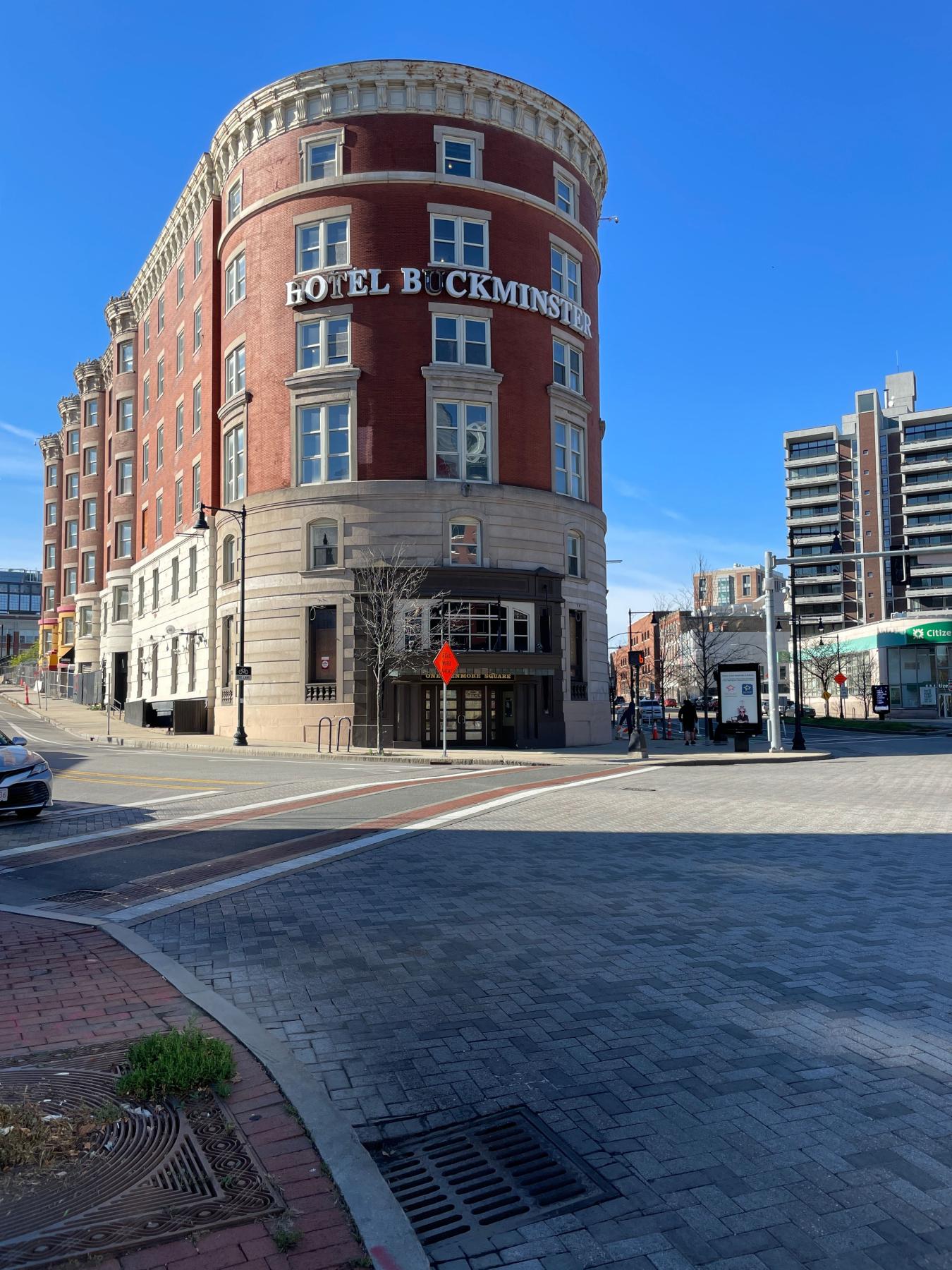 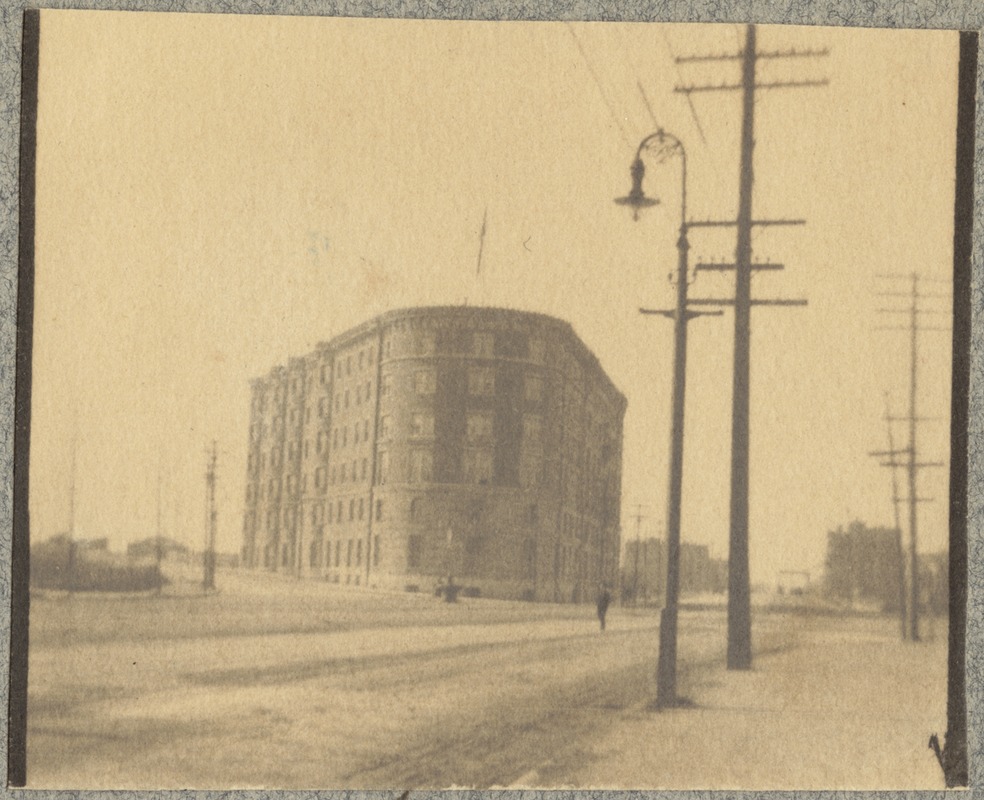 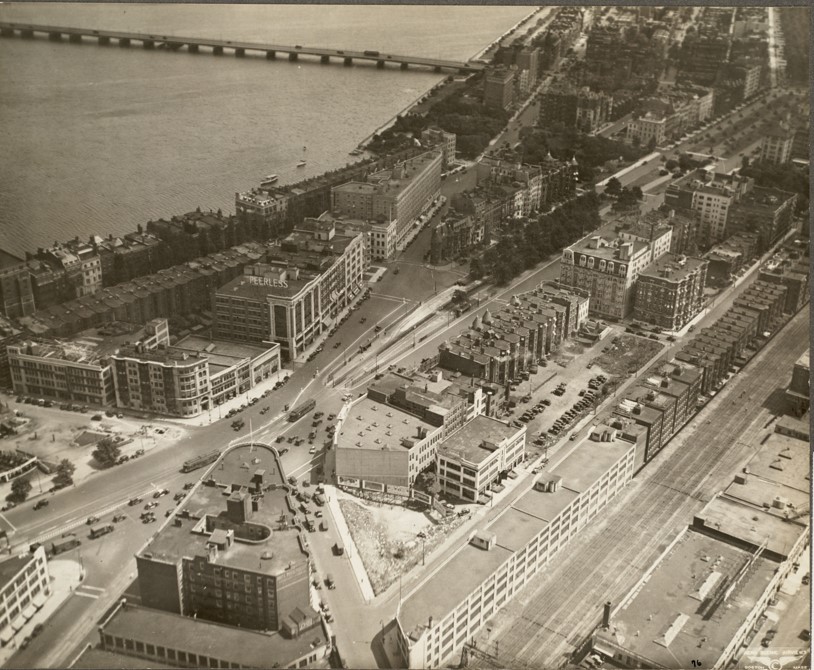 Kenmore Square and Buckminster Hotel, 1929. Photo via Digital Commonwealth
Thank you to all our corporate members, including: