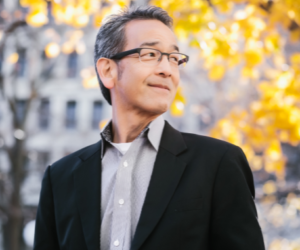 David Nagahiro is a passionate leader and advocate for the arts, architecture and historic preservation in Boston and beyond. With more than 30 years of experience in the field, he has dedicated himself and his work to bettering the communities in which he works through thoughtful and forward-thinking design. He is a principal at CBT and a proud board member of both Artists for Humanity and the Boston Preservation Alliance.

Many people are surprised to find that density and preservation can, in fact, work together. Indeed, they’ve been doing so for hundreds of years.

One of the easiest places to see this is in Europe. The reason so many people love to visit Europe is the energy of its streets, the beauty of its buildings, and the diversity of its peoples. These things simply aren’t possible without density.

That being said, it is easy to be intimidated by the idea of density. Density shouldn’t be something that covers up the past, but instead something that brings the past into the present— and even into the future.

As a principal at CBT, a Boston-based architecture firm founded on the principles of historic preservation in 1967, and a proud board member of the Boston Preservation Alliance, I’m saddened to see density so often associated with poor design. Density is not the enemy. To the contrary, I believe that density (done right) drives great design.

Here are two examples that have inspired me to strive for both density and great design here in Boston. The first comes from our own hometown. The second comes from our European sister city— Barcelona. 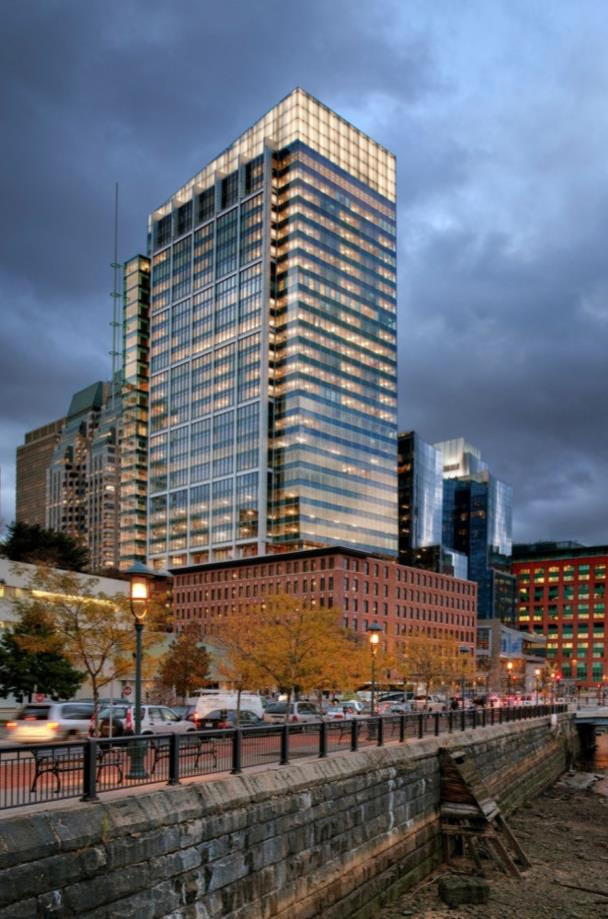 This landmark project perches a sleek glass tower on top of three beautifully preserved and restored historic buildings. These include the seven-story limestone Peabody & Stearns Atlantic Building on the northwest corner of the site as well as two brick industrial buildings closer to Fort Point Channel. Today, these historic buildings house retail, commercial and residential uses.

Complete with a green roof and waterfront park, this human-scaled, historically sensitive skyscraper has been widely recognized for its sustainability, design and preservation excellence. A win-win-win for the development, preservation and local communities, Atlantic Wharf is living proof that density and great design can go hand-in-hand right here in Boston. 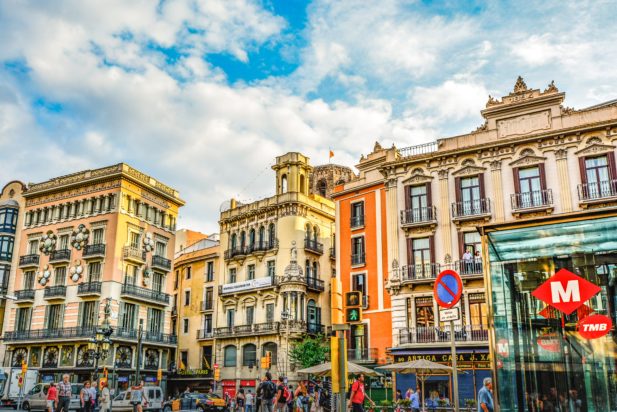 The 1992 Olympic and Paralympic Games brought an incredible amount of new life to Barcelona, and with it density (the good kind). With the Games as a catalyst, Barcelona embraced density to modernize and reinvent itself and its previously industrial waterfront—all while maintaining its historic significance. 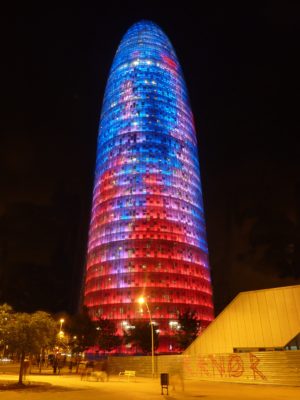 This suggests that through good urban planning our communities can continue to grow and thrive, adapt and evolve, and even change, while preserving the historic qualities that make them unique. Barcelona’s growth is an especially great example for Boston, as the two cities are so similar.

Boston and Barcelona are both beautiful, historic and walkable waterfront cities. They are also both cities with great sports cultures and global influence. They are even (more or less) the same size in terms of land area. Surprisingly, though, Barcelona is three times as dense as Boston!

While Boston is home to 650,000 people, Barcelona is home to 1,750,000 people. This amazingly vital city is also home to a vibrant public realm, a robust and well-connected transit system and a deep history.

Since hosting the Games and opening its hearts and minds to both density and great design, Barcelona has become one of the most visited and highly thriving cities not just in Europe, but in the world!

By 2050, it is predicted that approximately two thirds of the world’s population will live in cities. In order to remain relevant, Boston will have to grow. And, as Barcelona proves, we have room to grow in a way that both respects and celebrates our rich history.