The George Robert White Memorial Fountain, the “angel” in the northwest corner of the Boston Public Garden, was created from funds bequeathed by White for “works of public beauty and utility” throughout the city. The fountain was created in his memory and serves as a tranquil respite from the bustle of urban life. Renowned sculptor Daniel Chester French was commissioned to create the memorial along with his longtime collaborator, architect Henry Bacon. French is best known for creating the Pulitzer Prize medal and the Lincoln Memorial in Washington, D.C.

The monument to White is entitled “Casting Bread Upon the Waters.” French, who was famous for his angels—and whose model for the memorial was a flapper of the 1920s—shows her as a slightly smiling angelic figure holding a basket and scattering seed, metaphorically indicating White’s generosity and the many fruits it bore. The fountain beneath the sculpture, however, had been dormant since the 1980s, and the entire site needed its own angel to bring back this little oasis to the city. The Friends of the Public Garden, in partnership with the City of Boston, raised funds for the fountain’s restoration and future care. The project included restoration of the fountain and its basin with new, sustainable mechanical systems, a new accessible path, bronze railings at the stairs, two new benches, upgrades to the lighting, and landscape renovations. This corner of the garden is once again a serene and inviting space for all visitors.

“Sculptures and monuments find themselves in a challenging place today – challenged by the needs for physical upkeep and questioned by evolving public opinion. Boston is blessed with a variety of public art, including by some of the nation’s most revered artists, in this case Daniel Chester French. Yet despite its the provenance of a nationally-known artist, the northwest corner of the Public Garden had lost its luster – overgrown plantings and a fountain system not functioning for decades, and not up to accessibility standards.  Friends of the Public Garden stepped up to the challenge to return this corner of tranquility to Bostonians and its visitors,” says Greg Galer, Executive Director of the Boston Preservation Alliance. 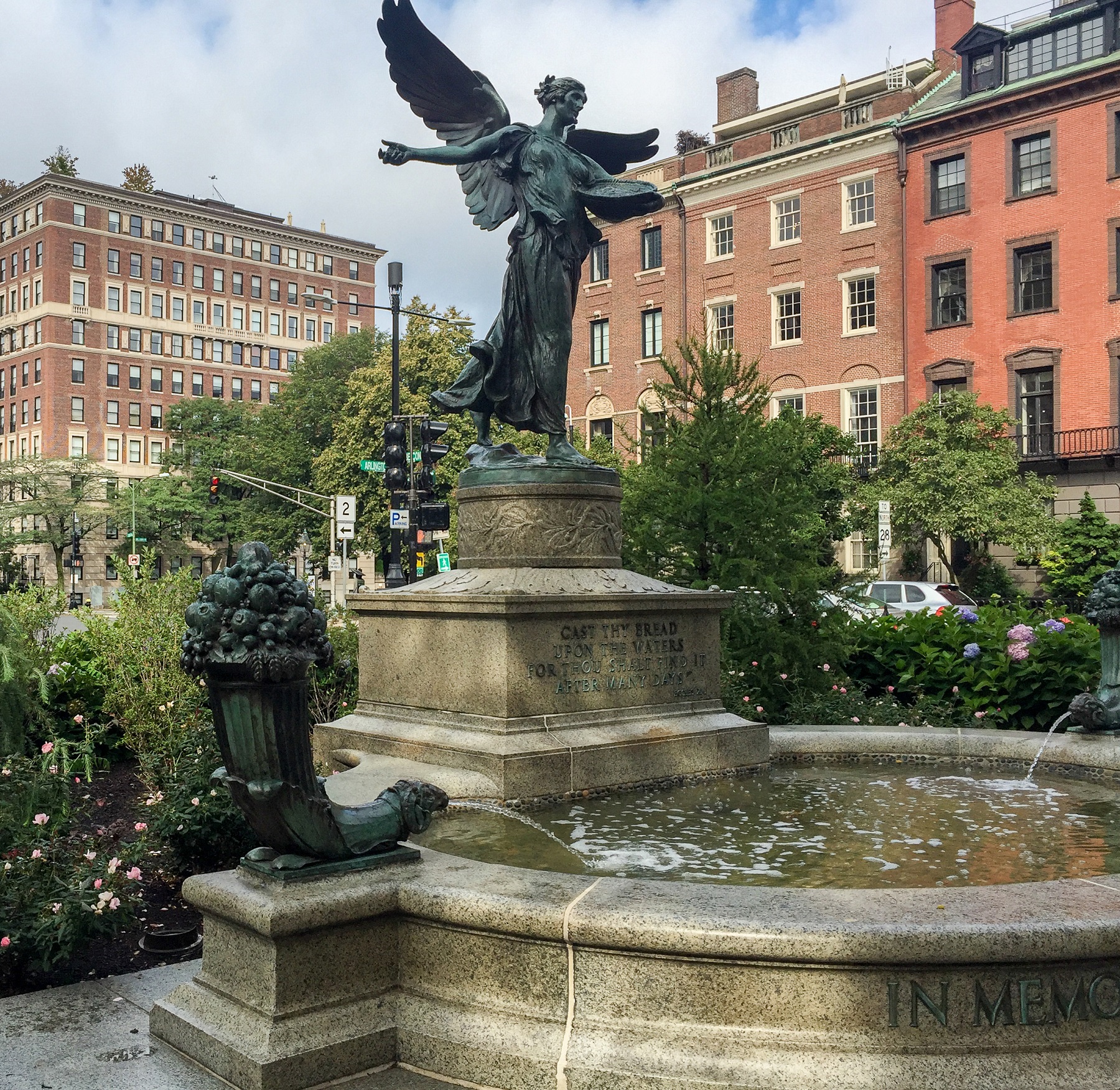 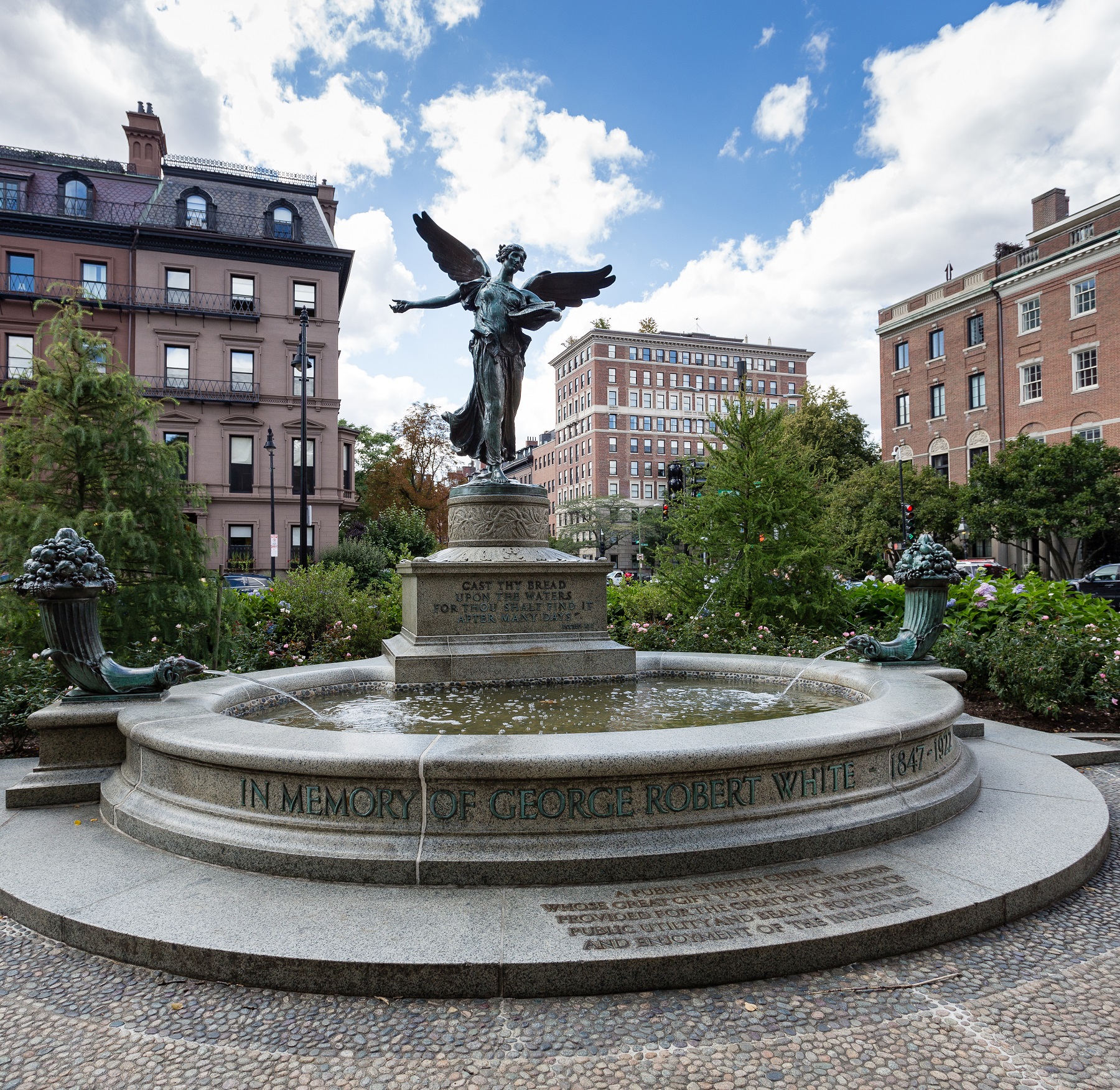 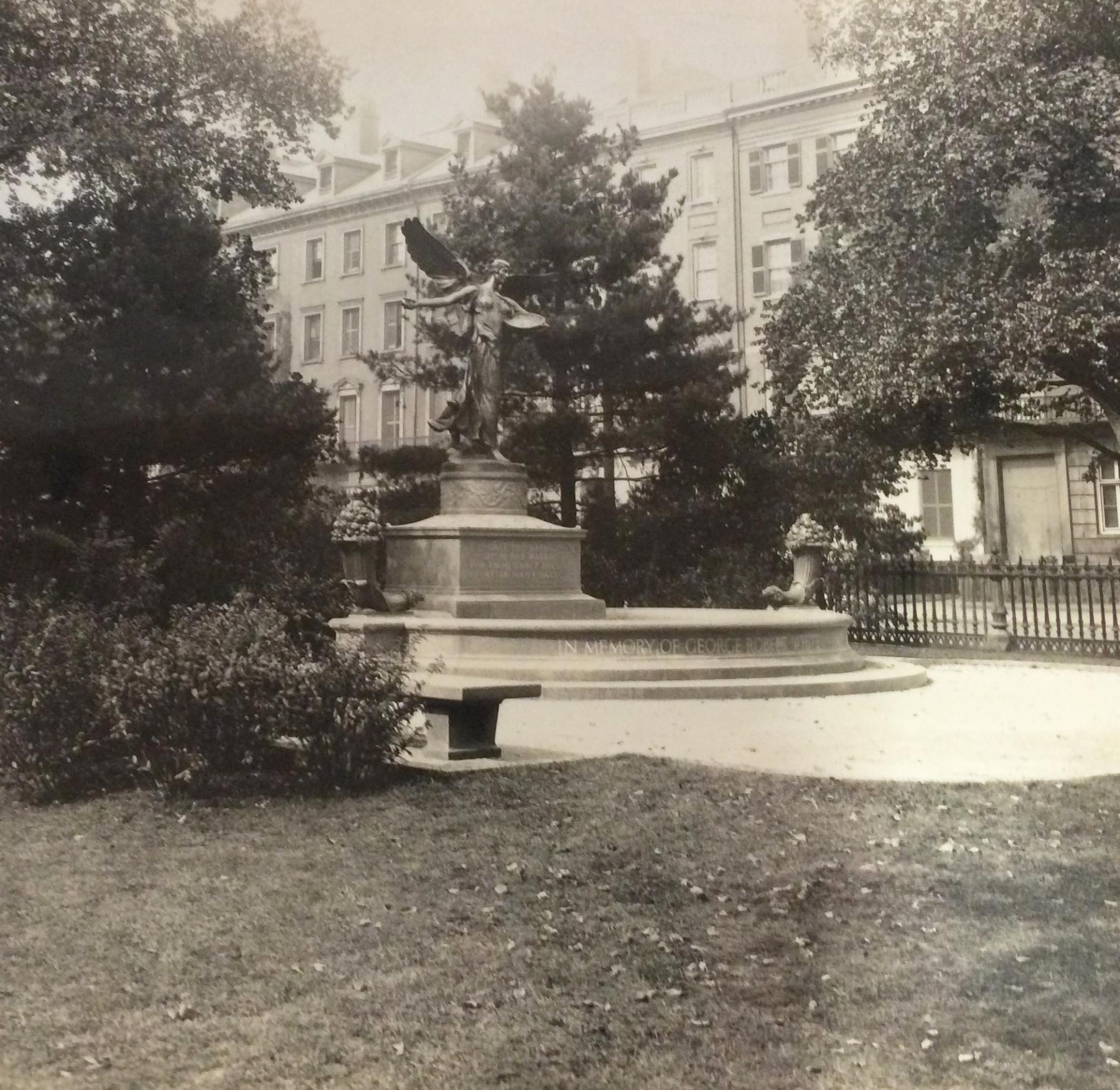 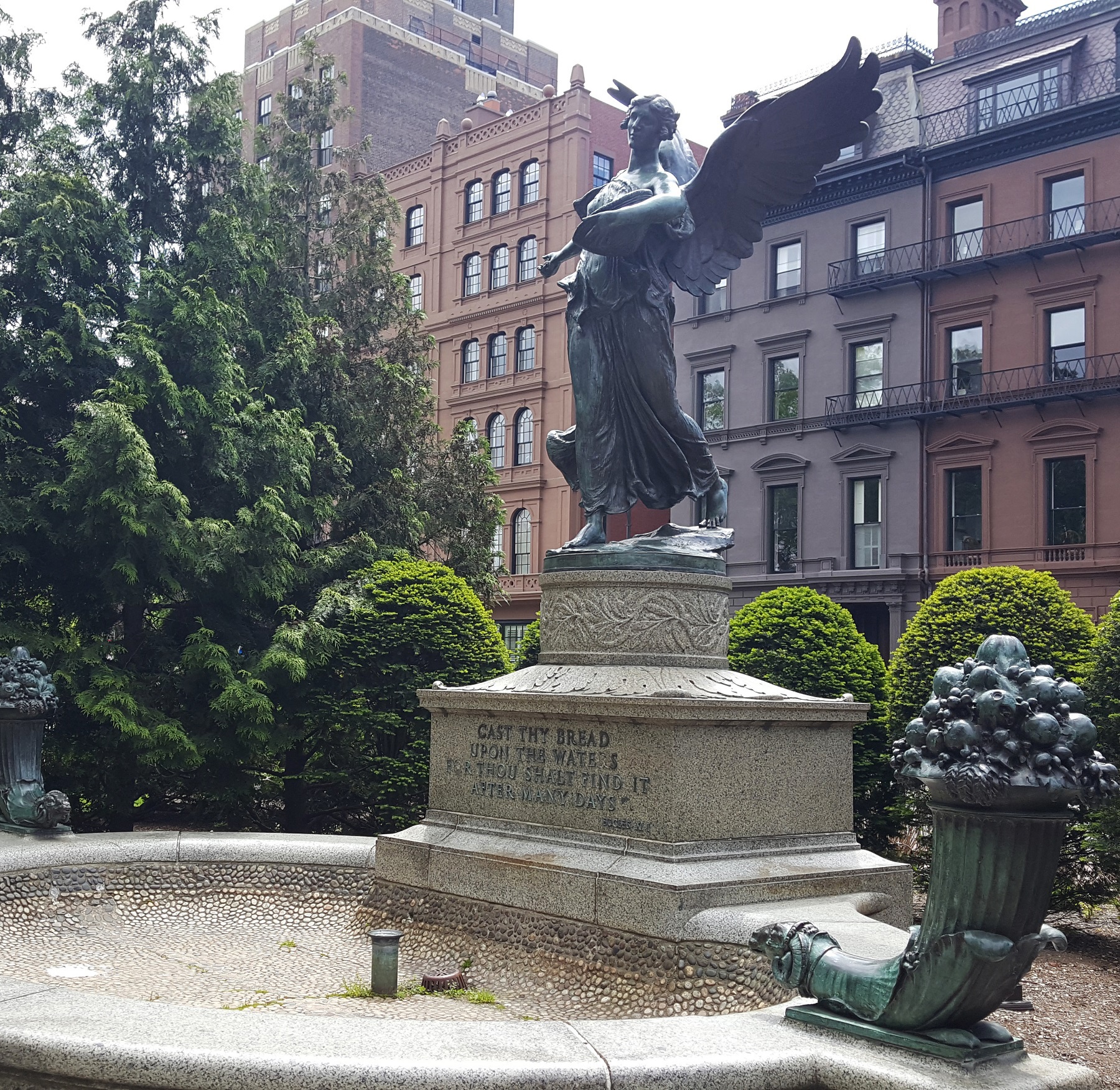 (BEFORE) Prior to the restoration, the fountain sat dormant for decades.
Thank you to all our corporate members, including: