Allston Village is a commercial center within the Harvard Avenue National Register Historic District. Several historic buildings contribute to the historic character and significance of the neighborhood, including Allston Hall (1890), the Allen Building (1897), and the Allston Depot (1895), a designated Boston Landmark. In June of 2018, City Realty filed plans with the Boston Planning and Development Agency (BPDA) to redevelop multiple parcels along Cambridge, Franklin, and Highgate streets. The proposal originally included the demolition of several buildings including the Allen Building and a commercial building at 10-14 Franklin Street beside Allston Hall. A revision of the proposal now incorporates the Allen Building into the project. The project invests in an area that would benefit from rejuvenation, but we should be thoughtful about how new height, scale, materials, style and density are balanced with the historic elements.

For more information about the project, see the BPDA’s project page.

A summary of Allston-Brighton history by Historic Boston, Inc. can be found here.

The Alliance supports new vibrancy in Allston Village, but we have concerns about doing so in a way that deteriorates the historic character of the neighborhood. We expressed concern about the loss of the Allen Building on Cambridge Street and are pleased that the approved project rehabilitates the building and incorporates a sympathetic addition. We advocated for the reuse of the Allen Building and Allston Hall, meeting with the proponent and speaking at public meetings. Both of these buildings create a distinct sense of place and anchor Allston Square. These buildings which have long-defined the character of this neighborhood should be able to play an integral part in this Allston Village reboot.

We submitted formal comments to the BPDA and had productive conversations with with the proponent, the community, and BPDA staff to protect the historic character of Allston Village while supporting investment in an evolving neighborhood.

The Zoning Board of Appeal approves the project.

The BPDA Board approves the project at their monthly meeting.

The Boston Civic Design Commission approves the project after months of meetings and community feedback. The approved project preserves both the Allen Building and Allston Hall, as advocated for by the Alliance, with sensitive and vibrant additions that will enhance the neighborhood with a dynamic blend of new and old.

Alliance staff attends design review for BCDC and hears updates to the project. The Alliance continues to monitor the evolution of the proposal, providing feedback when necessary.

Alliance staff attends design review for BCDC and hears updates to the project, speaking in support of the preservation aspects of the proposal.

Alliance staff meets with the Allston Square team to discuss the project. Many of the Alliance’s concerns are already addressed in the updated design, including a setback above the new addition abutting the Allen Building. Alliance staff suggest a sensitive restoration approach for the windows and storefront of Allston Hall and express support for the addition to that building. Further dialogue is expected as the design details evolve.

Alliance staff attends a design review meeting of the Boston Civic Design Commission. Many changes have been made to the proposal since it was last presented to BCDC a full year ago. Most notably, the Allen Building is now incorporated into the project rather than slated for demolition. An addition has been designed to the back of the building and commissioners discuss whether this addition should reflect the architecture of the Allen Building or the large, new building that will be constructed on the opposite side of Highgate Street. When asked why the Allen Building is now included, BCDC design staff asserts they have required the proponent preserve the building as it contributes to a National Register historic district. Commissioners suggest that the project be reviewed in smaller sections so that the details can be given more focus; the project will return for further design review meetings. Alliance staff expresses support for saving the Allen Building and offers to meet with the proponent to provide additional feedback.

The Alliance submits a comment letter to the BPDA with concerns regarding the demolition of the Allen Building and the rehabilitation of Allston Hall.

Staff reaches out to local preservation partners for feedback about the proposal; the firehouse on Harvard Avenue is mentioned as an important contributor to the neighborhood that should not be overlooked as the neighborhood is redeveloped.

Staff attends first Impact Advisory Group (IAG) meeting. There are several questions from IAG members and the public about the use of the new buildings, the loss of the Allen Building and the design of its replacement, the need for more open space throughout the project, and the restoration of Allston Hall. The proposal includes several opportunities for public art and Alliance staff suggests utilizing some of this space for educational displays about the neighborhood’s history. Staff also encourages the proponent to complete a thorough structural analysis of the Allen Building.

Staff speaks with Lance Campbell, BPDA project manager, about the proposal and some of the Alliance’s initial concerns. Staff requests a longer comment period since this is an extensive proposal.

Staff communicates with neighborhood advocates to understand their initial concerns regarding the proposal. 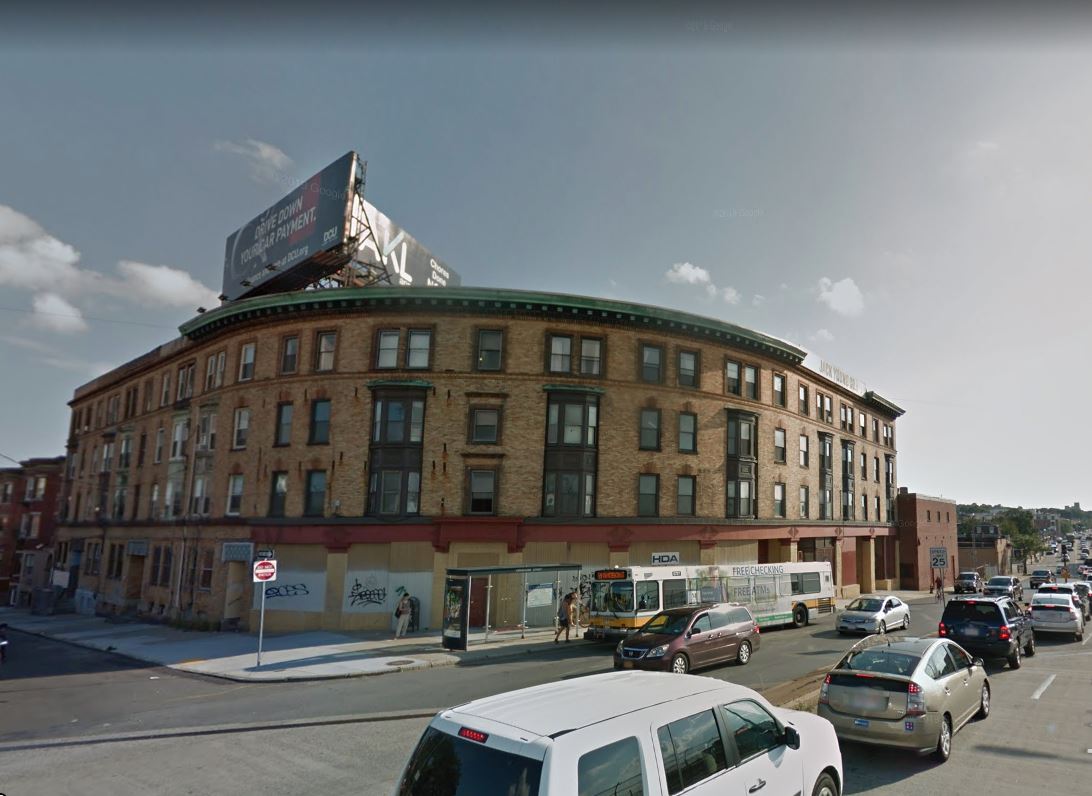 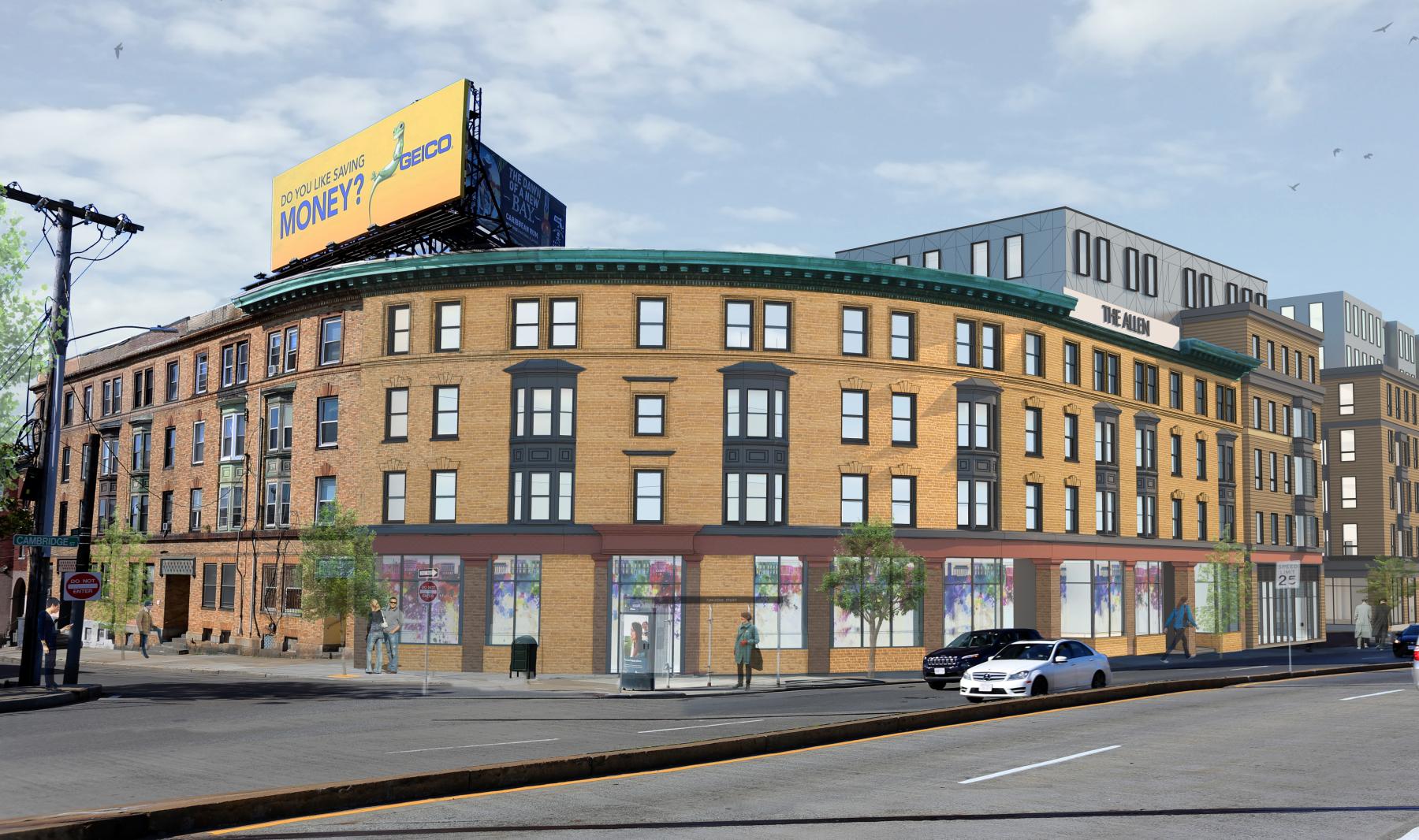 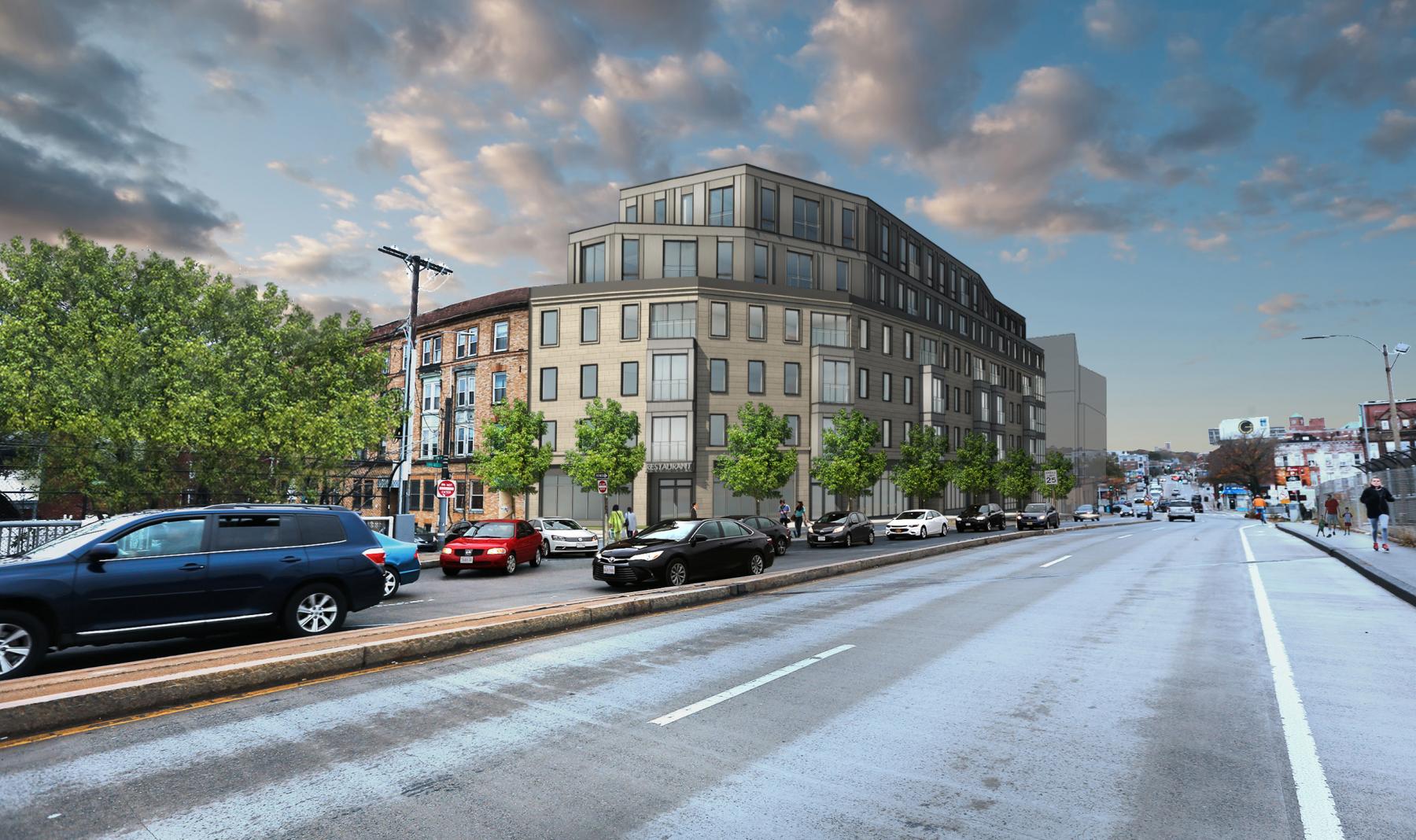 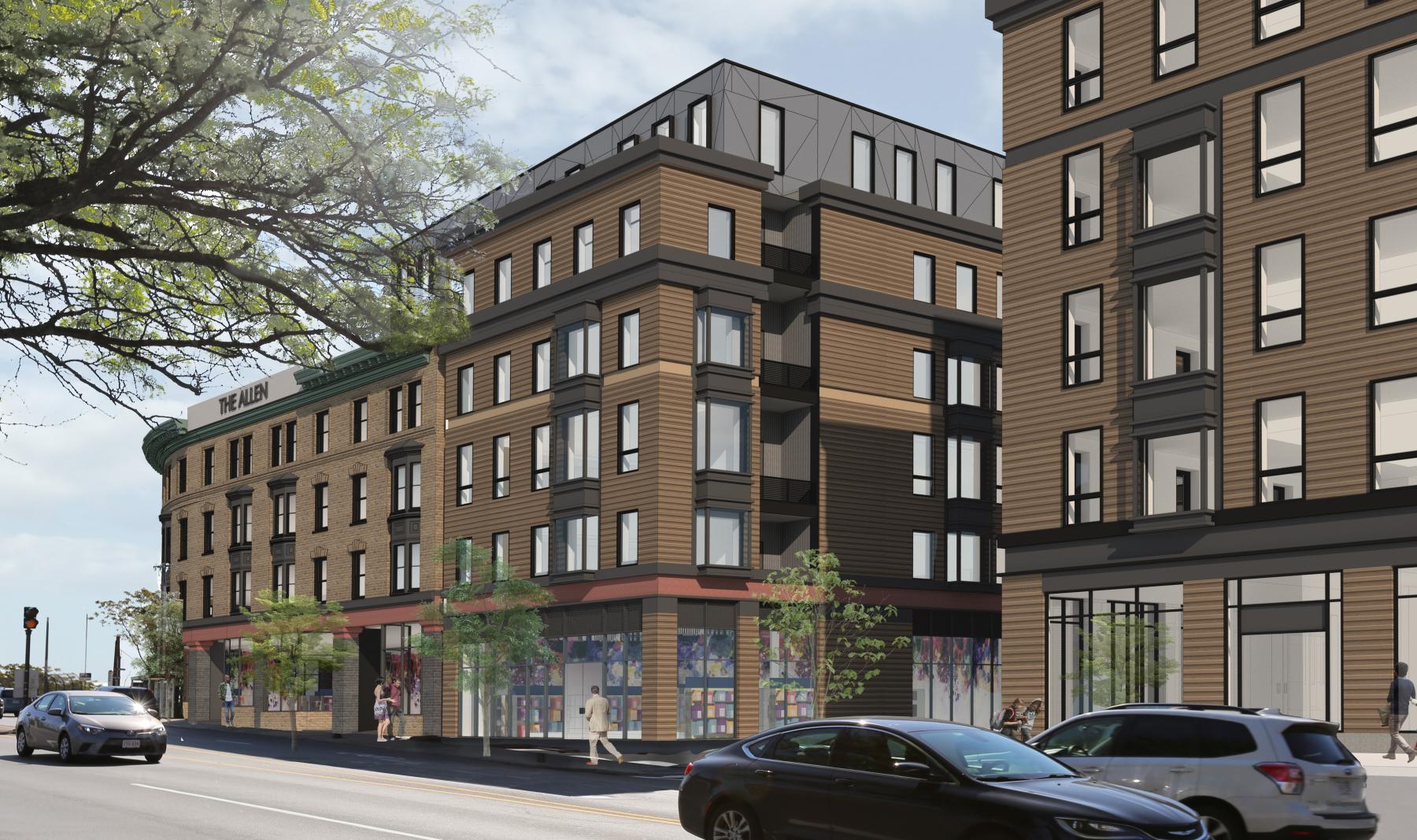 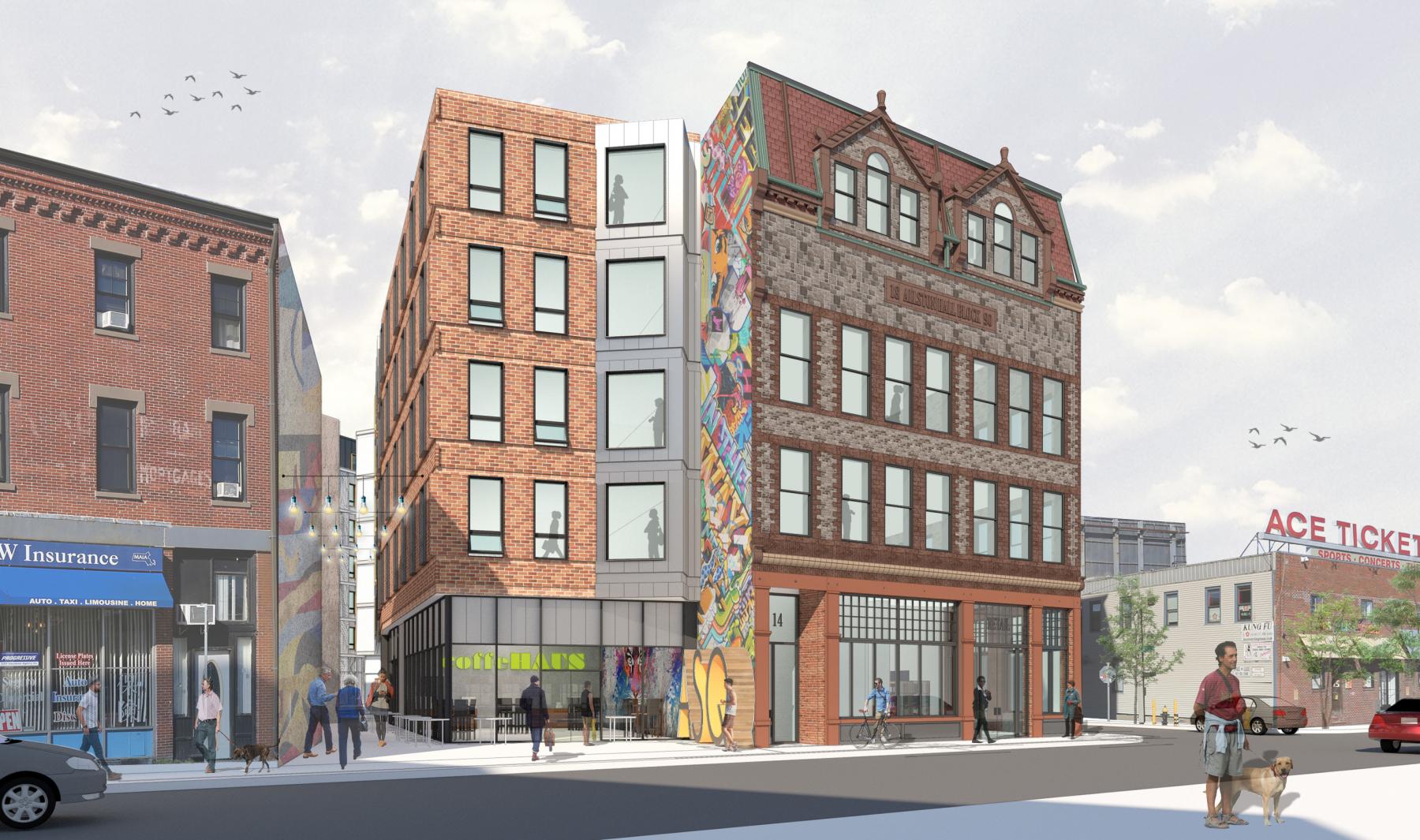 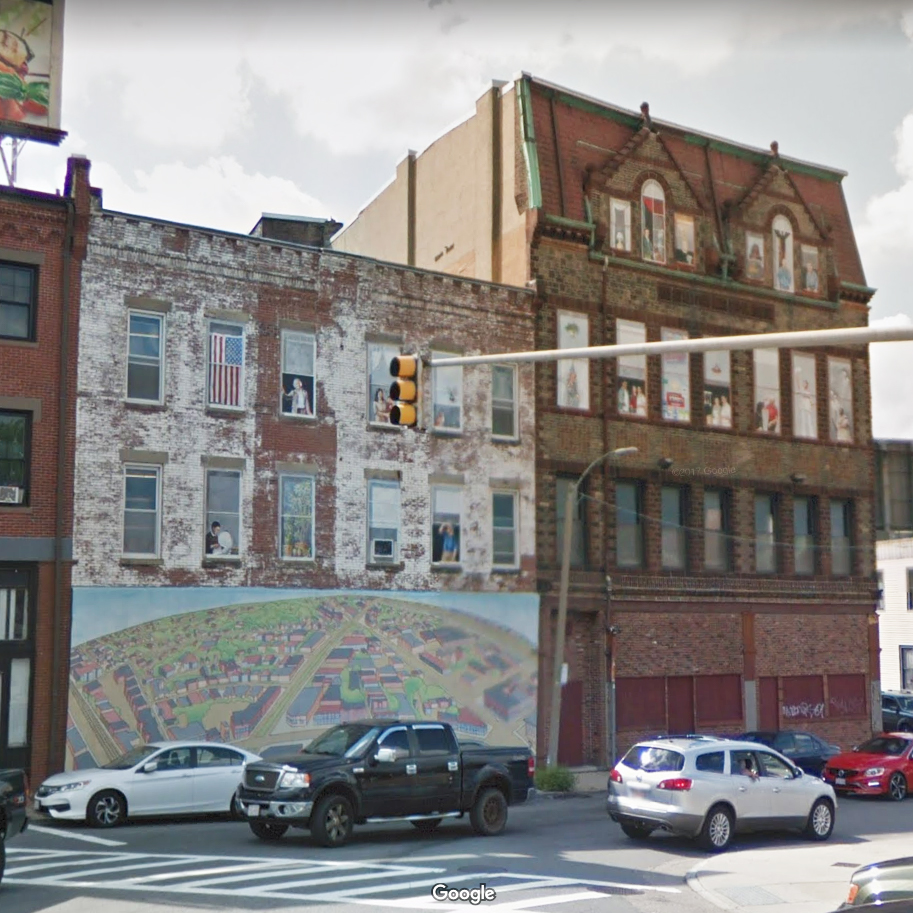 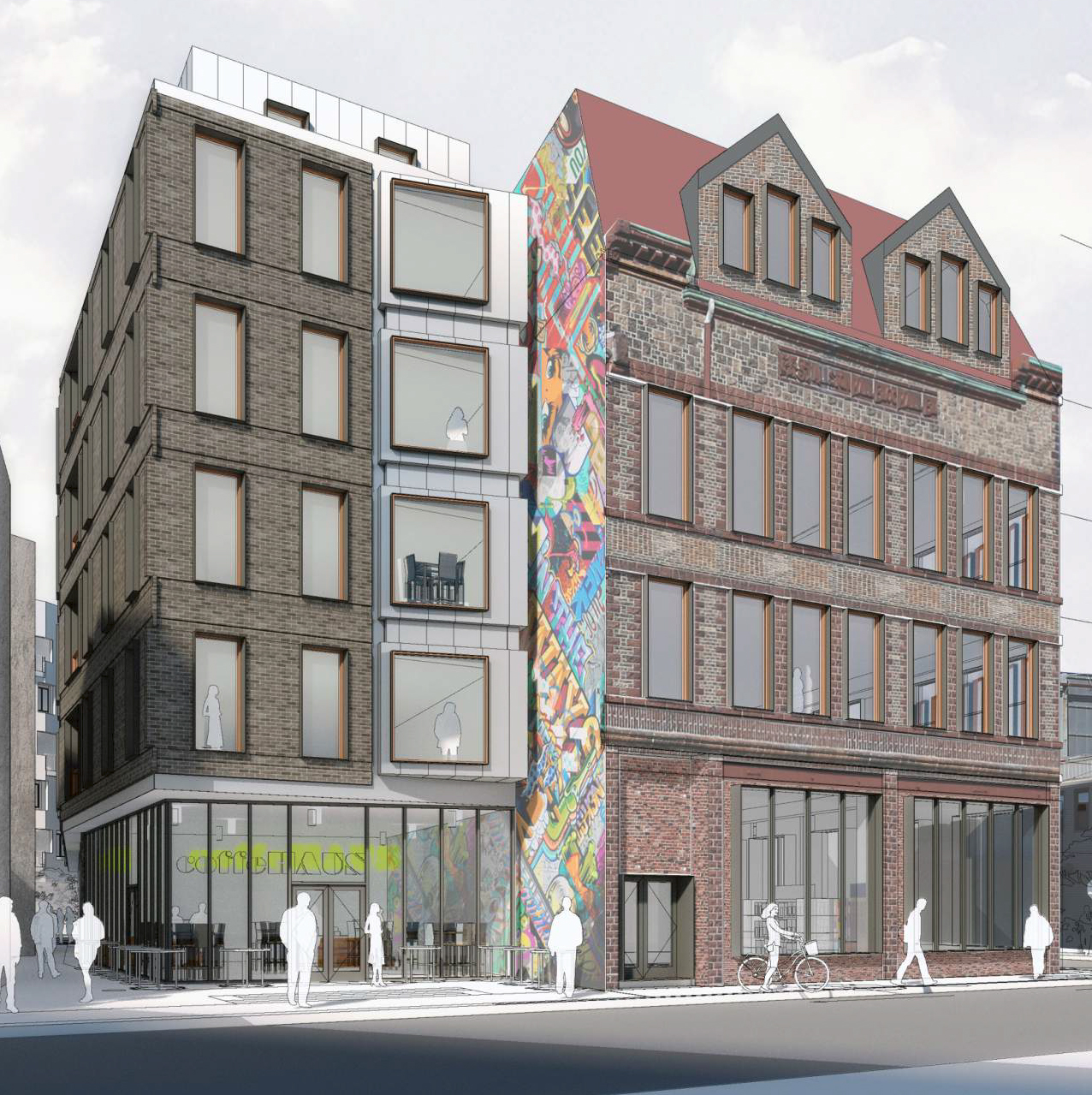 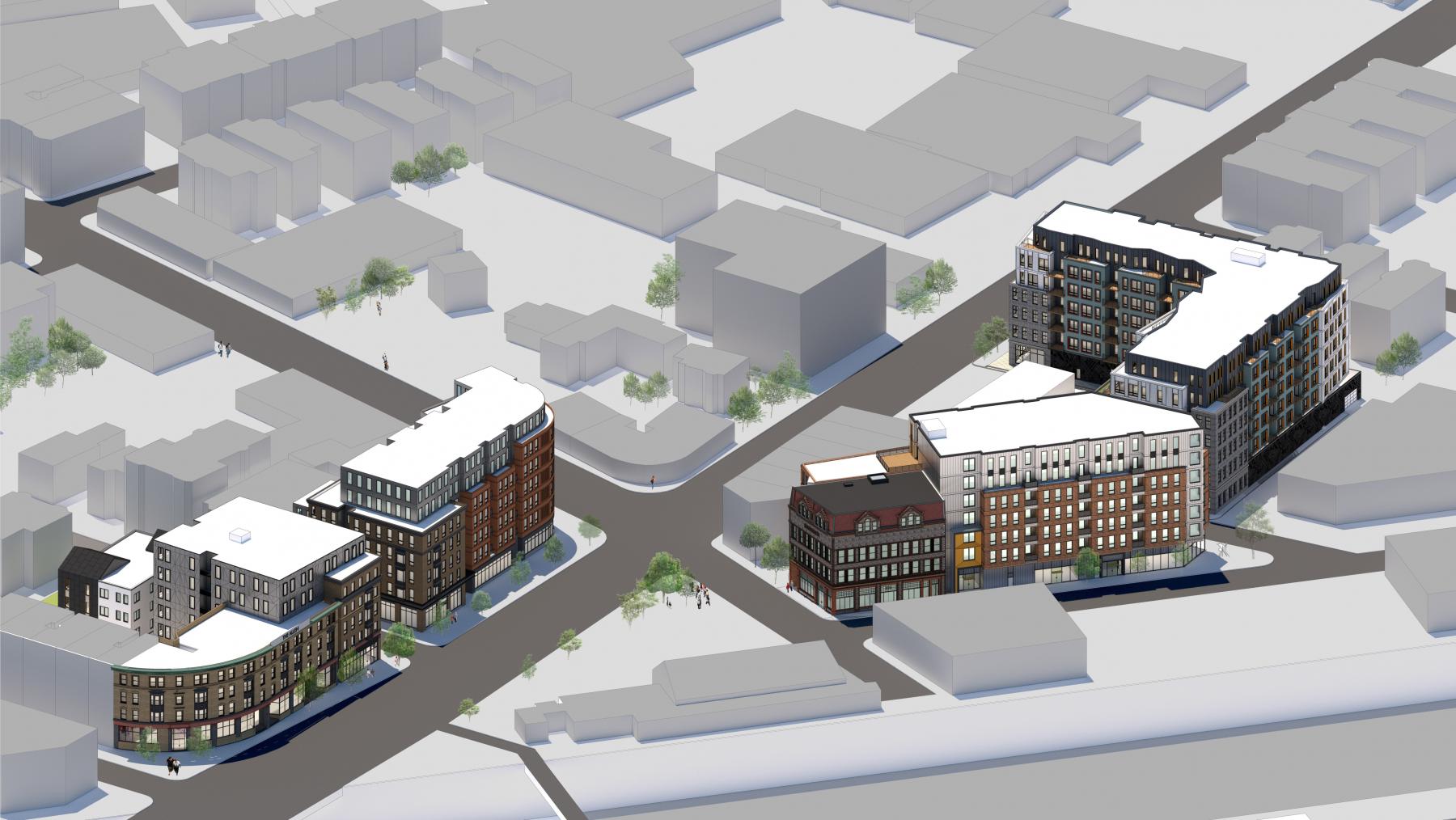 Aerial View, Approved Project, image via Embarc
Thank you to all our corporate members, including: