Old South Meeting House’s historic clock had been silent since the building’s previous bell was removed when the congregation sold the building in the 1870s. The clock, which was built in 1766 and restored in 2009, is the oldest American-made clock in the United States still in operation in its original location. The replacement bell is quite rare; forged in 1801 at Paul Revere & Sons Bell and Cannon Foundry in the North End, it is one of only forty-six surviving bells made during Paul Revere’s life.

The Paul Revere bell has had several homes in Westborough, Massachusetts, since it was cast, most recently residing in a church that was dissolved and the building sold. Upon moving the bell to Old South Meeting House, the headstock and frame were preserved, and the clock strike mechanism restored. Other missing parts were thoughtfully recreated with the highest quality materials. The 876-pound bell was installed in October of 2011 and rang out in celebration to mark the anniversary of the Boston Tea Party. The bell can be heard ringing hourly from Old South Meeting House, just as it did in the colonial era. 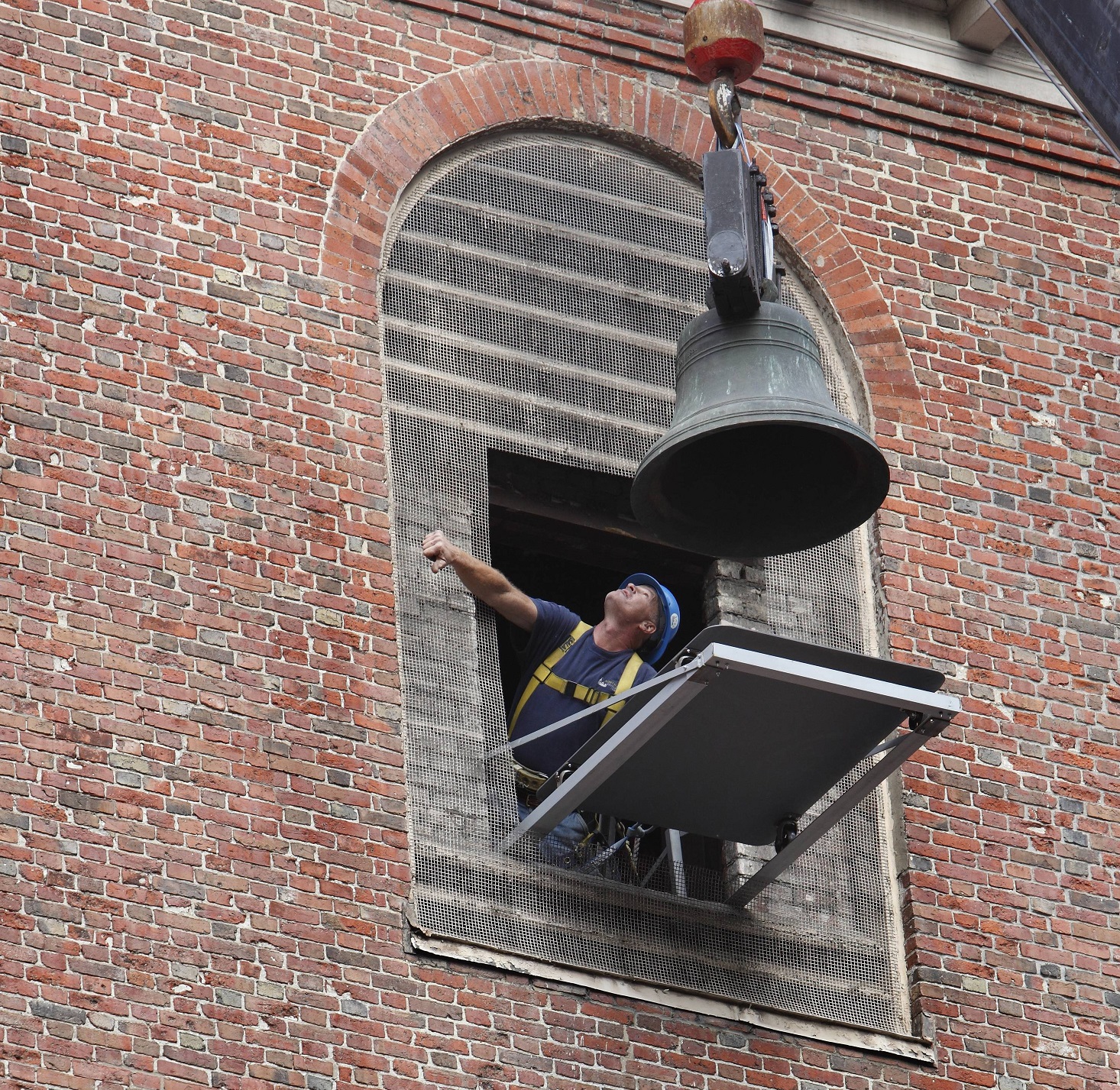 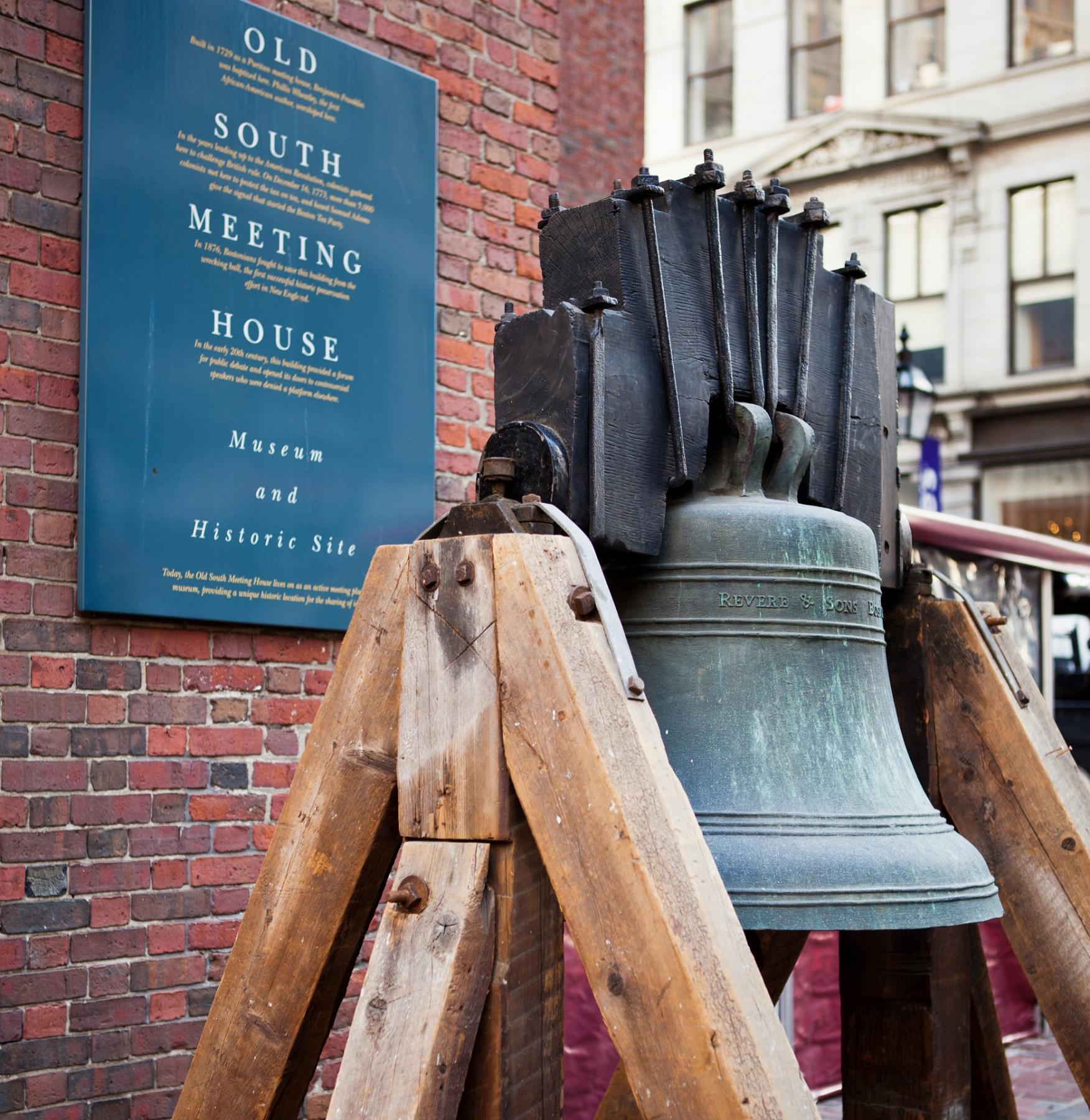 The 876-pound bell. Photo courtesy of Julie Sterling Williams
Thank you to all our corporate members, including: